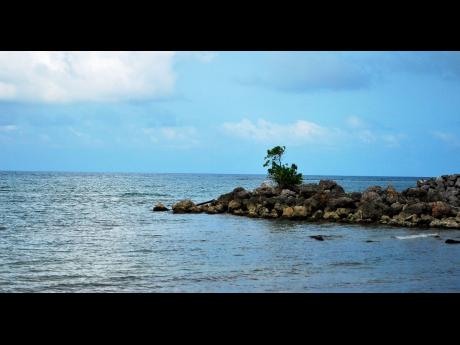 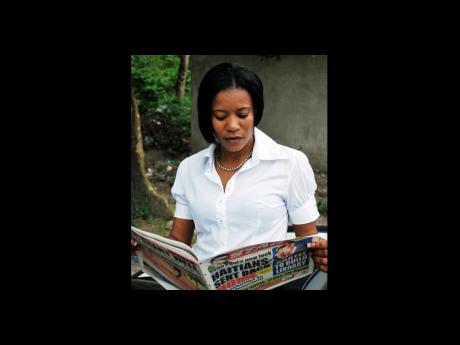 Janet Hardie looks at the notice of her son's disappearance in THE STAR.
1
2

Eight years ago, Janet Hardie woke up with a headache inside a musty St Ann's Bay Hospital room, with no memory of how she got there.

She sat up straight, rubbed her temple and looked around the room. That's when she noticed her best friend sitting at her bedside with tears running down her cheeks, and immediately, vivid flashbacks of the night before sent her into a shiver.

Just 24 hours earlier, Hardie, a business owner from Drax Hall, St Ann, was on top of the world. It was her birthday and her closest friends and family members decided to take her out to celebrate. She had just returned from a work-related trip to Los Angeles and was relieved to be home again.

"It was the happiest I can remember being. I was so glad to see my son, Rojay, and all my other family and friends as well. I was just so happy," recalled Hardie as she spent some time with The Gleaner last week.

Her friends had it all planned: a day at the beach with food and music, with everyone showing their appreciation to Hardie, a woman known across St Ann for her acts of generosity not only to her friends, but to community charities and, quite often, strangers who have fallen on hard times.

It was early on a Sunday afternoon when the group arrived at the Laughing Waters beach. Hardie had spent the morning at home with Rojay, having fun watching the five-year-old play with toys she brought for him from her trip overseas. The beach was crowded but the group of close to 20 persons soon found a spot and got comfortable.

Things went as planned for hours, with the children playing in the sand while the adults sat around and talked while eating. As evening drew close, Hardie and three friends huddled under a coconut tree watching Rojay build a sandcastle about 25 feet away.

"I remember joking with my friends about how handsome he was and that the girls would soon start calling the house," said Hardie.

As the group laughed and joked around, Hardie heard her cellphone, which was on a towel nearby, ringing. She picked it up and glanced at the screen. The call was coming from an anonymous number.

"I answered, and there was a lot of noise. I kept saying, 'Hello, who is this?' but the person wasn't hearing me. There was static on the line."

Hardie got up, trying to pick up a better signal. She walked no more than 10 feet away but by the time the static cleared, the caller had hung up. Hardie went back to sit with her friends.

"Less than two minutes later, I glanced up to check on Rojay and he wasn't there. He wasn't in the same spot I had seen him just minutes before," said Hardie.

And so the nightmare began. Little Rojay, a boy who teachers said showed great promise and who loved video games and playing with friends, disappeared without a trace. The group searched the entire beach, with almost everyone there that day helping out. Divers from a nearby resort were summoned and spent hours at sea looking for the boy, but there was no sign of him nor any clue about what had happened.

Fellow beachgoers were adamant that the boy did not drown, as they were sure someone would have noticed him in difficulty. Also, Hardie reasoned, he was keen on the sandcastle he was building just moments before, so it's unlikely he would have just got up and gone into the water, abandoning his creation.

As the sun set that evening, Hardie was overcome with worry and collapsed on the beach. The next thing she remembers is waking up inside the St Ann's Bay Hospital.

As she sat remembering the events that changed her life eight years ago, the emotion was still fresh on her face. She struggled while talking about it and had to break a few times to regain composure.

After her son's disappearance, Hardie went through a period of severe depression. It was so serious that she lost her will to live and had to be heavily medicated for close to two years. During that time, she couldn't feed herself or use the bathroom without the help of friends. "I was really in a bad state."

In the days after the incident, police detained and interviewed a handful of persons, none of whom were found to be involved.

"There was no ransom demand or anything. No body was found anywhere. Nobody knows what happened. Rojay just disappeared," said Hardie.

As far as the police investigation goes, the case has officially gone cold, with investigators telling Hardie that the chances of finding out what happened to Rojay at this stage are slim to none. But the boy's mother has not given up hope. She still believes Rojay is alive and that he will return to her some day.

"I truly believe he's alive. I think someone kidnapped him and has tried to make him their own. I feel it in my heart. I just know he's out there somewhere," she said.

"There have been times I wished they found his body, because that way I would at least have closure, but the truth is, I know he will come home to me one day."

Each year, on the anniversary of the boy's disappearance, Hardie places a notice in THE STAR, with Rojay's photograph under the heading 'Missing'. She also includes details about the incident at the Laughing Waters beach eight years ago and her phone number, asking anyone knowing what happened to the boy to contact her.

It's her way of keeping the case alive, even as the years keep passing with no news.

Hardie still sees his face in crowded rooms and at night when she closes her eyes to sleep. She's doing much better now than she was just after her son went missing, but admits she may never be completely better.

"My life will never be the same. The only way I can find myself again and find happiness is when my baby comes back home."

'My life will never be the same. The only way I can find myself again is when my baby comes back home.'