No money for crucial equipment at UHWI 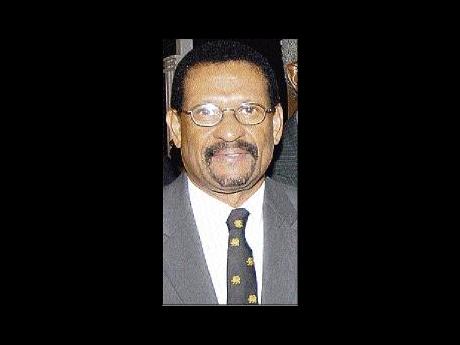 The digital radiology and data management system, pitched by Trident Imaging Solutions, costs US$200,000-$300,000 (J$18 million-$27 million), a figure Dr Trevor McCartney, chief executive officer (CEO) of the hospital, said was out of reach for now.

"We already made the recommendation in a request to the Government and we are awaiting their response, but we are seeking alternative extra budgetary means as a back-up in case Plan A doesn't come through," he said.

McCartney said he hoped the hospital could acquire the high-tech system before November.

The CEO disclosed that the hospital's existing system was vulnerable to destruction from a combination of environmental hazard and human error.

"We have a significant challenge with space to be able to store film, and because of this, when we have natural disasters such as hurricanes, sometimes film becomes misplaced," he said.

A radiology solutions team from Carestream Health in Puerto Rico engaged health workers from the hospital's Radiology Department in a seminar at the UHWI Tuesday. The team outlined the advantages of the new system, which stores the X-ray data digitally, facilitates global access to clinical records and helps the hospital adapt to projected growth in patient load.

McCartney was seemingly impressed by the archival system, saying, "At the touch of a button you can bring up an X-ray that was done five years ago."

He added that it would also allow physicians at bedsides and in operating theatres to have information readily available to assist in patient management.

"A patient archival system is mandatory, and a patient storage system is more than mandatory ... . It will go a long way in bringing up information which was obtained several years in the past," the UHWI chief executive explained.

According to managing director of Trident, James Pair, the imaging services will quickly cover the initial investment, reduce costs over time and cater more efficiently to growing patient requirements islandwide.

"Our digital radiology systems will capture more and better images, securely store and archive images and enable the retrieval of diagnostic quality images when and where they are needed," he said.

Pair said Trident had examined the security capability of Jamaica's radiology systems and identified a bigger picture of risks, threats and vulnerabilities.

"We identify patients' records and films as assets that are in jeopardy, single points of failure that are subject to a variety of threats and vulnerabilities, including theft and forces of nature," Pair said.