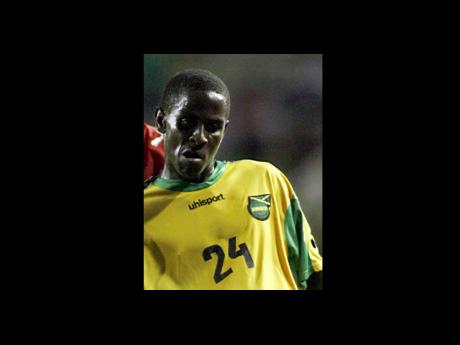 Palmer representing Jamaica against Switzerland in Florida in 2007. - File

National utility player, Lovel Palmer, made his Major League Soccer (MLS) debut last Thursday evening for the Houston Dynamo when he came on as a late substitute in his team's 2-1 victory over defending champions Real Salt Lake.

The 25-year-old Palmer, who departed the island on Wednesday night, arrived in Houston on Thursday morning to be part of his new team's home opener.

"That game was the home opener and they (the club) saw it as very important to have me there," explained Palmer, who tied up a deal with the club on March 14, following two trial stints from February 22-28 and March 4-12, respectively.

'I won't get carried away'

While he may be sharing the field with the MLS stars such as Landon Donovan, the man who has replaced Ricardo Clark - who moved to Germany - on the Houston roster, Palmer made it clear that he will not get carried away. He said while his contract could run for four years, only one was guaranteed.

"The contract is structured in such a way that only one year is guaranteed, with an option of the club signing me for the other three years if I do well, so I have to put in a lot of work," he explained.

"Anywhere in life that I am is because of hard work. That has always been the order of the day for me and I will never divert from that," he added.

Challenges aside, Palmer could not be happier with this break.

"All my life I have been waiting for this opportunity. I am elated. It is every footballer's dream to play outside of his country. The plan is to play well, continue to impress and if I am successful that opens doors for other local-based players," said the St Elizabeth native, who came up through the ranks with the Harbour View Football Club.