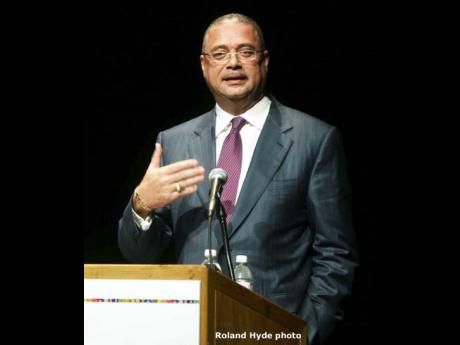 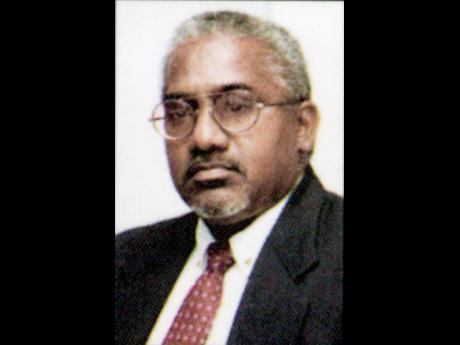 He also said both insurance companies could be placed under judicial management, but indicated that he did not wish to take that route since it meant that workers would have to go home.

It is, therefore, a reluctant step that has been mandated by the condition of the companies in Barbados.

It has been a bit more than a year since January 30, 2009 when the Government of Trinidad and Tobago (GOTT) opted to rescue CLICO and BAICO's parent company in Trinidad.

It is unclear what the relationship is between the Trinidad parent and the companies in Barbados. What is obvious from the Barbados government's action, however, is that the rescue operation mounted by the GOTT does not solve the liquidity and/or solvency problems of the Barbadian affiliates.

The paper reports a $300-million (presumably Barbados dollars - that is, US$150 million) deficit in the CLICO statutory fund. The decision, in effect, means an application will be made to the court ordering judicial management.

Jamaica has had its fair share of such procedures flowing from New Kingston's financial meltdown in the mid-1990s, so readers will not be unfamiliar with the procedure. Once the application for judicial management is unopposed, and the court grants the request, the companies' directors and management will no longer control their operations. Those functions will be undertaken by the judicial manager.

The whole purpose of the exercise is to salvage the assets of the operations for the benefit of policyholders.

To say the least, from the perspective of the region as a whole, these outcomes leave a lot to be desired. CLICO is - perhaps one should say 'was' - a far-flung operation represented throughout the region.

Indeed one representative of a quasi-government financial institution in the Organisation of Eastern Caribbean States (OECS) remarked to me that CLICO's meltdown was "an existential threat to CARICOM".

Perhaps that view may be considered farfetched. It is, nevertheless, the kind of indictment that readily comes to mind.

The solution to this problem ought to have been approached from a regional perspective. If policyholders and other clients of CLICO and BAICO are to be made whole, would it not have been more tidy and potentially more effective to have tackled the problem in a holistic manner?

A judicial manager investigates; ascertains the true picture of a company's assets and liabilities. The companies may be sold to another functioning life insurance company that has an interest in the business.

To the extent that assets cannot fund liabilities, there are a few possibilities. Government may inject funds to protect policyholders as was done through FINSAC in Jamaica. The assets can then be transferred through sale, with funds augmented by such government injection.

Since the CLICO entities operated regionally, garnering funds from Guyana in the south through the Leeward/Windward Islands chain, it would have been optimal and perhaps a guarantee of overall and cross-island equity in the treatment of affected policyholders and clients. Should a decision have been made for government injection of funds, the contribution of each state would have been the subject of negotiation in a structured and hopefully transparent process.

As it stands, the Trinidad government undertook to 'rescue' CLICO. That operation was coordinated by the Central Bank of Trinidad and Tobago. Reports suggest that all is not well, as high-profile resignations continue to appear in the newspapers while anecdotal evidence tells of even a small advertisement in the newspapers having to be vetted by central bank governor Ewart Williams.

Obviously the governor has little time to devote to this onerous task. The feel one gets from responses in Trinidad is one of uncertainty and waning confidence. Litigation is in the air and one investor claims to have been told in a telephone conversation with a functionary in CLICO's Port-of-Spain head office that their pressing concern was "paying salaries to staff" and not his TT$17,000 deposit that he wishes to reclaim.

We need to, and can do much better than this, particularly in light of our wish to have the financial-services industry grow in a changed environment that sees Organisation of Economic Cooperation and Develop-ment countries becoming much more vigilant with respect to 'offshore' financial centres.