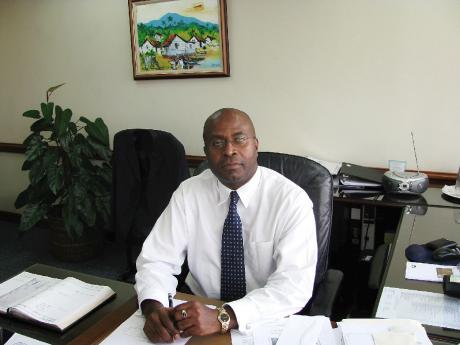 New disclosures by Jamaica Mortgage Bank (JMB) show debts gone sour on its books now amount to an estimated 40 per cent of the lender's loan portfolio at March 31.

But general manager Patrick Thelwell, in defence of his stewardship, said the bad debt preceded his tenure as head of the bank and that he was looking to carve at least 10 per cent off the numbers this year through stricter oversight and more aggressive collections of loan receivables.

JMB last wrote off $252 million in uncollectable loans at year end March 2008, and $105 million in the previous year, but still has an $875-million loss provision on its balance sheet, amounting to 40.2 per cent of a $2.18-billion loan portfolio - debt that developers have failed to service.

Thelwell hopes to reduce the bad debt to $609 million in this fiscal period, not through write-offs, but through collections, the newly released Jamaica Public Bodies report shows.

"Accordingly, the debt recovery unit will intensify efforts towards resolving the challenges and instituting the necessary safeguards to reduce the percentage," said the report.

As a result, its 'profit and loss' forecast makes no provision for write-offs this period.

Earlier disclosures in past reports - unaudited numbers - had put the bad debt portfolio at $679 million, or more than 32 per cent of outstanding loans, suggesting a worsening of its position one year later, but Thelwell said the opposite has occurred, and that what is now reflected on the books are problems preceding his tenure.

"Our bad-debt portfolio has decreased over the last two years. The new board has not approved any loan that has gone bad. These are loans that are inherited," he told the Financial Gleaner.

JMB's efforts to go after $143 million of outstanding debt from the failed KES Development Limited, now in liquidation, have been recorded but Thelwell refused to divulge the names of other developers who have fallen into arrears.

"These are private relationships with our creditors," he said.

The bad loans, however, have not dissuaded the mortgage agency, which plans to distribute $801 million in new loans this year on residential real-estate projects to which it has already committed financing.

To fund its obligations, JMB plans to float a $1-billion housing bond - its now preferred option for project financing - by June, and will pay down another $500-million bond by July.

An estimated $640 million of revenue inflows from loan repayments will help cover its obligations.