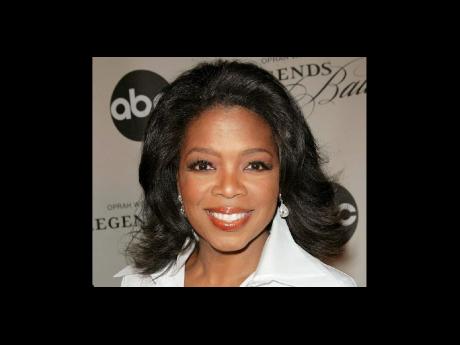 Oprah Winfrey has reigned in daytime for a quarter-century, but she'll be moving to nights to host a show on her new cable channel.

The programme make-up of the much-anticipated Oprah Winfrey Network (OWN) became clearer yesterday with the announcement of five new series. These include Oprah's Next Chapter, which should reassure viewers that Winfrey will appear on the 24-hour network she'll largely be guiding from behind the scenes.

"My vision for OWN is to create a network that inspires our viewers and makes them want to be who they are on their best day," said Winfrey, 56, in a statement.

But her millions of fans will want to see her, not just feel her, and on a regular basis. Oprah's New Chapter seems a promising start.

Each edition will release her from the studio and her long-time talk-show format for conversations and travel around the world.

"From the Taj Mahal to her beloved oak tree, the Great Wall to her own teahouse, it's a whole new kind of Oprah show," according to the network. "If she can dream it, she'll do it!"

Oprah's Next Chapter is scheduled to premiere in late 2011. That will be shortly after Winfrey lays to rest her weekday syndicated talk show at the close of its 25th season, a milestone she said "feels right in my bones" when she voiced her plans on the air last November.

A joint venture of Winfrey's Harpo Inc. and Discovery Communications Inc., OWN is now set to sign on January 1 after missing two earlier deadlines. It will be available in approximately 80 million homes, replacing the Discovery Health Channel.

Other shows announced yesterday for OWN include:

Visionaries: Inside the Creative Mind, on which big-name talents take viewers inside their creative process, offering an opportunity to see how they bring their art to life. Included on the roster are Academy Award-winning director James Cameron, Grammy Award-winning musician Lady Gaga and photographer Annie Leibovitz.

Your Own Show: Oprah's Search for the Next TV Star, produced with reality TV giant Mark Burnett, will mount a nationwide search to discover the next big TV personality.

Why Not? With Shania Twain is a reality show chronicling the trials and triumphs of the top-selling country music star.

These new series join a slate of previously announced shows including:

Behind the Scenes: The Oprah Show Final Season, a "docuseries" that takes viewers behind the scenes of the final season of The Oprah Winfrey Show.

Breaking Down the Bars, billed as a prison show whose women inmates have a shot at rehabilitation and atonement.

In the Bedroom With Dr Laura Berman aims to help couples improve their relationships and sex lives.

Inside With Lisa Ling brings viewers reports on unexpected people from far-flung locations.

Kidnapped by the Kids sets the stage for parents caught up in a world disconnected by technology and hectic lifestyles to get a wake-up call when their kids take drastic steps to reclaim Mom and Dad.

The Miracle Detectives sets a believer and a skeptic on the trail of amazing events that couldn't possibly have happened - or could they?

The Swell Life takes a look inside the family of former competitive surfer Izzy Paskowitz, his wife Danielle and their three children (one of whom is autistic), as well as their surf-school business.