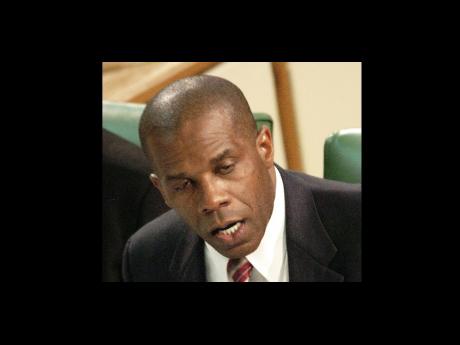 That fiasco saw the Government pumping millions of dollars into an ammunition purchase from an illegal arms dealer in the United States.

Christie concluded that the Jamaica Constabulary Force (JCF) and the Ministry of National Security (MNS) entered into the deal with the munitions supplier without doing any due-diligence checks.

The report revealed that a probe conducted by the Federal Bureau of Investigation (FBI) concluded that there was "cause to believe that the Government of Jamaica is a victim of fraud perpetrated by Lance Brooks, doing business as Taylor & Associates" - an arms-brokering business in Lauderhill, Florida.

The botched bullet buy, worth US$81,100, yielded no rounds of ammunition for the security forces. And, it is still uncertain if the Government will recoup all of the taxpayers' money it spent on the deal Christie labelled both irregular and irresponsible.

In the report tabled in Parliament yesterday, Christie reiterated that the United States government pledged to return just over US$20,000 taken from Brooks' account. The outstanding balance might be the subject of a court battle.

Christie urged the national security ministry to examine the recommendation of the FBI with regard to filing a lawsuit to recover the outstanding amount of US$60,978 from Taylor & Associates.

Christie argued that while the procurement process used to select Brooks appeared to be impartial and transparent, the country's security officials fell asleep at the wheel when it was time to do background checks.

"In point of fact, the MNS has asserted that no formal due-diligence checks were made in relation to Lance Brooks or Taylor & Associates. Further, the then permanent secretary, Gilbert Scott, stated that at the time, there was no established due-diligence process to be followed in relation to overseas suppliers.

According to the report, the JCF was reviewing its internal procurement systems and procedures.

Christie determined that the procurement process for items of a sensitive nature was inadequate.