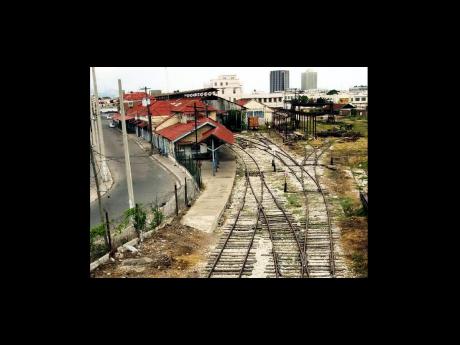 I really enjoyed reading the recent Gleaner articles on the trek in its journeys along memory line. You brought back such wonderful memories of the Jamaica railway that I felt compelled to add my thoughts.

As a young boy, the Jamaica Railway Corporation (JRC) was special to me and my family because of my father's years of employment with the company. My father worked for many years as a train driver, and later promoted to running inspector. During school holidays, my father would request guest travelling passes from the JRC. I rode the trains often to various locations across Jamaica. It was the hobby of the children in our family to memorise all the railway stations between Kingston and Montego Bay, and Kingston and Port Antonio.

Most of the stationmasters lived on the premises of the railway stations. I was always fascinated watching the stationmaster reporting through telegraph the arrival of a train to a dispatcher, requesting by telegraph authorisation for the train to proceed to the next station, and passing the "authority to proceed" to the driver and conductor of the train so they could go ahead. The job had its challenges, especially when a train would break down or was derailed. The train crew had to walk sometimes for several miles to seek assistance. There were no mobile phones, or "walkie talkies" to help back then. Communications improved later with the arrival of new train engines.

Travelling by train in Jamaica was always exciting, interesting and wonderful. I always felt a sense of adventure, a sense of moving into the relatively unknown. As I rode along, I met other passengers for whom trains were an adventure, a convenience or a necessity. The coaches became a sort of social factor in the lives of those who travelled in them. Conversations were carried on by people who were strangers to each other. And oftentimes, your conversations were drowned out when the train conductor shouted, "All tickets, please!"

The railway provided a means of transportation for people of different backgrounds, it afforded more people the chance to engage in islandwide travel, and because of the relatively low fares more people from lower socio-economic classes were able to ride the trains. Yes, indeed, in the times when people rode trains, railroads played a truly important part in the daily lives of thousands of people.

Memories are all that's left of the dark and light blue locomotives of the Jamaica Railway Corporation. Thanks to The Gleaner for a wonderful memory fully realised and beautifully presented.