Old age is a good thing! 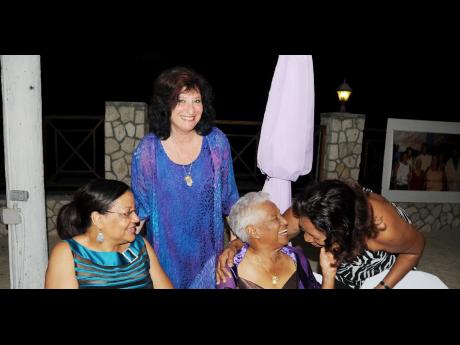 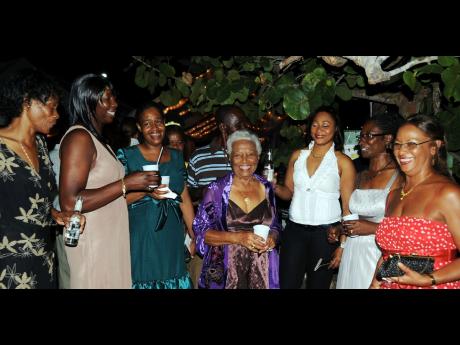 Staff members of Negril's Rondel Village share a joke with the hotel's co-founder, Joyce Wright (centre). At right is her daughter and general manager of Rondel Village, Carolyn Wright. - Photo by Claudia Gardner 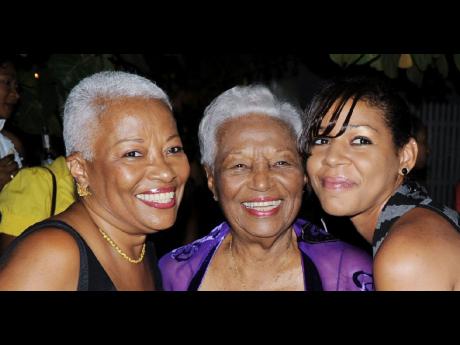 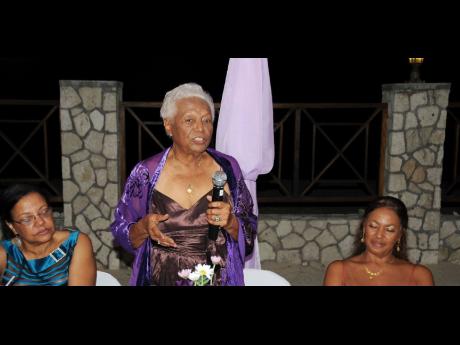 Joyce Wright looks dignified and stately as she makes a witty address at her 90th birthday party at the Rondel Village resort in Negril. She is flanked by daughters Carolyn Wright (right) and Frances Peterson. 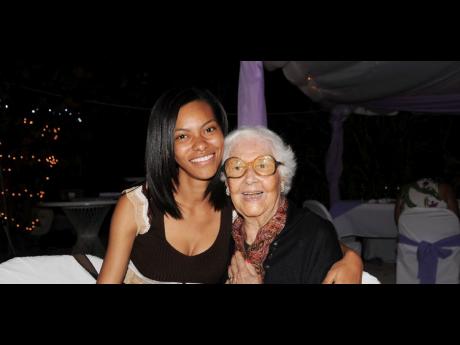 Kelly-ann Harris could not resist the charm and wit of 93-year-old Muriel Ennevor on Sunday night during the birthday party of retired physiotherapist Joyce Wright at the Rondel Village resort. The two were among the well-wishers at the party.
1
2
3
4
5

Looking younger than her 90 years, retired physiotherapist Joyce Wright was beautiful and regal at her birthday party on Sunday night in Negril.

The party was held under beautifully decorated white tents on the sands of Rondel Village, the beach hotel she co-founded with her son, John, in 1985. It was the climax of a weekend of celebrations held in her honour.

Wright was born April 3, 1920 in Kingston. She attended the Immaculate Conception High School before emigrating to England where she studied physiotherapy. She got married in England and later moved to Sierra Leone in Africa, returning to Jamaica in 1957 where she raised her five children - four girls and one boy.

In a witty address to attendees at the party, Wright underscored the awesomeness of being an elderly person.

"There is one thing I wanted to mention. Everybody is talking about old age. You know, they curse old age and say it is this, and it is that. I don't know, because apart from a pain there, and an ache there, and the inability to run up the stairs any more, old age is a good thing. People keep saying old age is a terrible thing. Nothing is wrong with it, and I would like to recommend it highly. I think you should all try it," she said, evoking a roar of laughter.

"The entire weekend I have been just showered with love and affection. I want it to go on forever. Everybody has been so wonderful. I have friends and relatives celebrating with me, so I think I came out all right," she said.

Wright attributed her youthful looks and longevity to "living with young people" and "keeping occupied". She told The Gleaner that she exercises daily, but has no special diet and eats almost "everything".