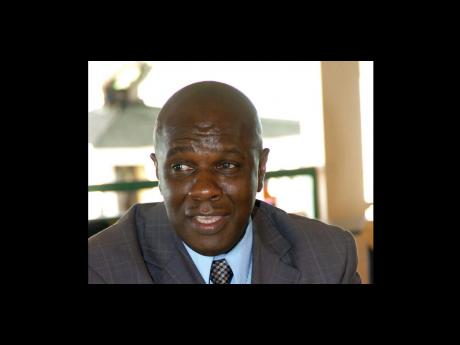 The Trelawny Parish Council has pulled the plug on tomorrow's big international Twenty20 cricket double-header, which was slated for the Trelawny Multi-purpose Stadium, claiming that the Jamaica Cricket Association (JCA) did not seek the council's permission to stage the event.

During yesterday's monthly meeting of the council, chairman of the parish council and Mayor of Falmouth, Colin Gager, instructed the council's technical officers to shut down the stadium, effectively making it unavailable for the games, which should have featured Jamaica against Canada and Ireland against the West Indies.

"I want to make it absolutely clear that we have no problem with the games at the stadium but the organisers must comply with the council's regulations," Mayor Gager told the council. "As mayor of Falmouth, I will not sit by and allow any individual or entity to flout our laws in the parish."

Based on the regulations of the parish council, individuals and entities wishing to stage a public event must apply to the council for an event licence under the Places of Amusement Regulations. Failure to do so is considered a breach of the regulations and will result in the shutting down of the event.

"This is a very big event and all we are asking for is that the necessary permission being sought and the requisite measures be implemented to ensure the safety and security of patrons," Mayor Gager noted.

Officials of the Trelawny Health Department and Trelawny Fire Department, who were in attendance at the meeting, also reported to the council that they, too, had not been informed about the staging of games and backed the council's decision to pull the plug on the staging of the event.

Despite the council's resolute stance, Mayor Gager left the door slightly open to facilitate a possible compromise. According to him, the council was willing and prepared to accommodate a late application and has extended the proverbial olive branch to the JCA.

"If the council does not receive an application from the organisers by the latest tomorrow, then I can assure everyone that this Cricket Festival will not be held at the Trelawny Multi-purpose Stadium," Mayor Gager said. "I am extending the olive branch to the JCA because of the significance of the event to Trelawny at this time."

While The Gleaner was unsuccessful in its bid to get a comment from president of the JCA, Paul Campbell, a well-placed cricket official in western Jamaica said failure to put in the required application to the Trelawny Parish Council might have been an oversight. He said he was confident the JCA will rectify the situation quickly, allowing the games to go ahead as planned.