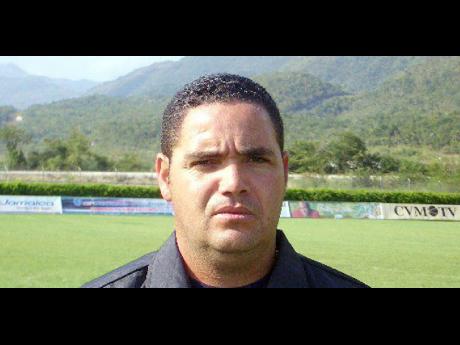 Sporting Central's 4-0 rout of Rivoli at the Spanish Town Prison Oval last Sunday still lingers as the parting shot of the third round, and one memory the desperate Clarendonians want dearly to use as a platform for the remaining five tough matches in their 2010 campaign.

But while one swallow does not a summer make, this amazing away victory is the thread of motivation which has virtually resurrected their of hope of avoiding relegation. The three points earned lifted them to 35 points and out of the cellar they have occupied for the last month. However, the win means much more according to club manager/owner, Brandon Murray.

"It's not just moving up a notch up the tables," reckons Murray when he spoke to The Gleaner on Wednesday about the team's ambition to survive.

"It's the motivation it provides," he explains.

"Our big problem has been goal-scoring and to get four goals against Rivoli, and in a situation where you have four different players scoring, must be overwhelmingly positive. It is a sign of things to come."

The 4-0 win had been set up amid frustration in their camp from successive 0-0 efforts in games they dominated at home against Waterhouse and Boys' Town. From a promising position of sixth place at the start of the round, their fans have had to endured the worst form of the round, losing six straight games, including defeats to Portmore and August Town, two teams they will again meet in the final round.

Their fans have had to keep themselves amused during the prolonged slump too. There was one comical display during the half-time break against Waterhouse at Brancourt where two were seen sprinkling the goal area in an apparent gesture to ward off a perceived jinx.

More seriously, the mission to avoid relegation begins at home on Sunday against Arnett Gardens, a team which might fully understand the doldrums they wish to crawl from, having been there themselves at various points over the three rounds. Avoiding the drop is a must, according to Murray.

"All that needs to be said (to players) has already been said. If there is any hope of the club surviving, then we have to stay in this league. The kind of programme we run cannot survive at a lower level."