Audley stands by his Budget 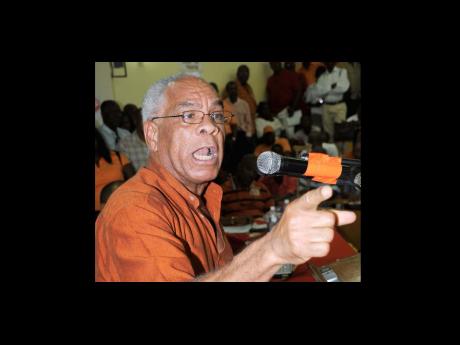 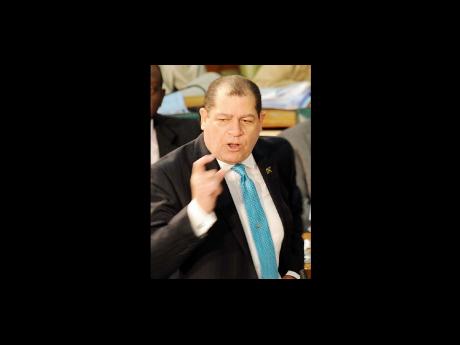 CRITICISMS BY some analysts that the 2010-2011 Budget was not credible have irked Finance and Public Service Minister Audley Shaw who yesterday dismissed comments from his detractors.

In his post-Budget press conference at the Ministry of Finance on Friday, Shaw defended his $503.9 billion Budget.

"This Budget is credible ... . We have sought to deal with the issues that must be dealt with, and that is why I was prepared to accept the criticism of making the adjustment to the Budget of $4.5 billion upfront," he declared.

Shaw told journalists that he made the decision to correct the shortfall in the Budget at an early stage rather than waiting for the Supplementary Estimates to do so.

He warned government departments to tighten their belts, as the administration could not afford to allocate one more cent to them.

"I am instructing them to live within their means. The time has come for us to live within our means and therefore, if travel has to be cut, cut it!" he charged, insisting that no additional funds would be set aside for them in Supplementary Estimates.

Taking aim at his opposition counterpart, Shaw indicated that former finance minister Dr Omar Davies was disingenuous in criticising the 2010-2011 Estimates of Expenditure, which did not reflect numbers from the second Supplementary Estimates.

According to Shaw, his research showed that this occurred more than once during Davies' tenure as minister.

"All of a sudden now the shoe is on the other foot and what was the norm in his time now becomes incompetence on my part or suggested incompetence on the part of my staff.

"It is dishonourable of the former minister to be seeking to trot out something like this when he knows that circumstances exist where this will happen," he contended.

He said the Budget Debate would have had to be put off to allow the second Supplementary to be represented in the 2010-2011 Estimates.