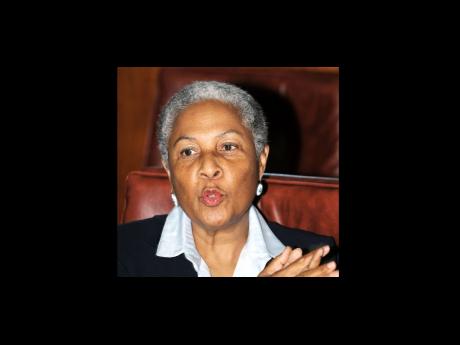 Government admits great expense but calls the programme a success

The public-health sector has given up more than $4 billion in potential income since the Government introduced the free health-care system two years ago.

But this has not prevented health and government officials from describing the system as a success.

Since the no-user-fee policy was introduced, the use of the public health-care system has increased by between 16 and 23 per cent, leaving government officials determined to stay the course.

"The abolition of user fees in public hospitals represents another seminal accomplishment in respect of the social safety net," Finance Minister Audley Shaw told Parliament as he opened the 2010-2011 Budget Debate on Thursday.

"It has provided access to quality health care for many," Shaw added.

That was a position echoed yesterday by permanent secretary in the health ministry, Dr Jean Dixon.

Addressing a Gleaner Editors' Forum, Dixon said free health care had resulted in an increase in traffic to health facilities and had made a significant difference to the most vulnerable in the society.

"We have calculated that the fees forgone by the Government, that is fees that would have been paid by users, is well over $4 billion and it is just for about five (critical) services," Dixon said.

She identified the five services as, pharmaceutical and medical supplies, admissions, accident and emergency centres, health centre visits and surgeries.

The permanent secretary admitted that the increase in the number of persons seeking treatment since the introduction of the no-user-fee policy has posed some
challenges.

But Dixon argued that these were being addressed.

Numerous reports have pointed to the long wait for treatment at
some health facilities and the unavailability of several prescription drugs as
two of the main problems facing the health sector.

However, Dixon told the Editors' Forum that the health ministry
had responded to the nature of illness from persons seeking treatment by
increasing the number of types of drugs available in public facilities to 738.

"To cope with the increased traffic, we have also had to extend
the opening hours at some of our facilities," added Dixon.

The no-user-fee policy was a key plank of the Jamaica Labour
Party's campaign in the lead-up to the 2007 general election and was introduced
shortly after the party was elected to form the Government.