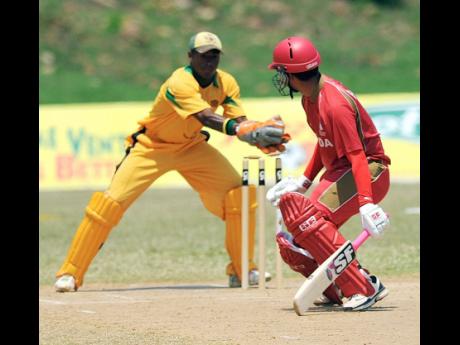 Blackwood, who represented the West Indies at the Under-20 World Cup in New Zealand earlier this year, scored just 14 bondaries while defying spin and pace to get Holmwood comfortably past Manchester's score of 344 for the loss of three wickets.

Holmwood resumed on 166 for two, still needing another 177 to decide the game. The semi-final challenge needed a third day's play following protracted play on Wednesday's opening day, when a wet pitch delayed the start until after lunch, and then bad light cut away half-hour.

Manchester initially battled the conditions, reaching 80 for two, but slipped to 101 for five. Rearguard action, led by their captain Courtney Allen's innings of 144, had provided hope of reaching their second final of the season.

However, Aldane Thomas' wicket for 19 was to be their only success yesterday as the wicket held up well and Chevaughn Mitchell's unyielding support with 36 ensured they will meet their arch-rivals STETHS in the final.