In your neighbourhood - Bridge round-up 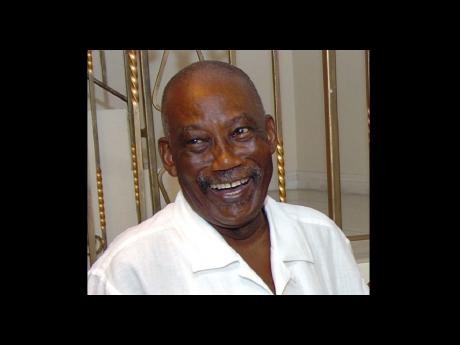 The team that won the round-robin of the Ashenheim Cup for Teams of Four decimated their opponents in the final, winning by 87 International Match Points (IMPS) to 29. Rex James' team, including Judy Ziadie, Charles Williams, Calvin Wong and Trevor Jones, carried a four-IMPS advantage into the final to make the official winning margin an astonishing 62 IMPS.

In the only tournament action this week, the unusual ladies' pairing of Carol Coore and Carmen Levy almost created the upset of the year when they tied with Rex James and Judy Ziadie in Wednesday night's leg of the Dr David Levy Trophy, recording good rounds of 62.70 per cent each. This was a fitting result as David Levy, a former giant of the local bridge scene, a many-time national representative, and in whose honour the trophy is named, is Carmen Levy's husband.

Carmen is rarely able to compete these days due to her unflagging efforts caring for David, who has been ailing for some time. Another first-time pairing, Calvin Wong and Dr Michael Coore (56.35 per cent), finished third.

In the game at Bodles, Freetown came away 1-0 winners over Cross.

All other games ended in 1-1 scorelines: Cherry Tree vs Four Paths, Hatlem vs Tread Light and Youths vs Chatteau.

Robert Levy, with 12 points and seven rebounds, led the way for the winners while Jadon Lowe had a game-high 21 points and 19 rebounds for the losers.

In another game, Christopher Campbell netted 21 points and collected 12 rebounds for Rae Town Raptors to beat JDF 58-49. Kevin Hunter got 14 points for JDF.

The Business House cricket competition is scheduled to start on Sunday, April 18 with 10 participating teams in the opening round of the Reggae Jammin 50-over league. Newcomers are JUTC, OSC Electrical and National Housing Trust.

For the opening round, Digicel will take on NHT at Kensington Park, Jamalco at home to defending champions LIME, Sagicor vs OCS Electrical at Chalmers Avenue, NWC vs Continental Baking Company at Mona and Jamaica Broilers vs JUTC at Spring Valley. All matches start at 11 a.m.

The match was played at Island Delight Restaurant and Bar in Byndloss Cross Road, Linstead. Melville, who a fortnight earlier won the Best of the Best III tournament at Hot Shots, had to come from a game down to beat Blagrove in the best-of-five final, winning the fifth and deciding game after both players were locked at 2-2.

For his efforts, Melville won $70,000 and a trophy, while Blagrove picked up $20,000 and a trophy as well. The losing semi-finalists - Shawn Colley, who lost narrowly to Meville in the first semis and female player Chyann Nichol from Devil's Angels, who was beaten by Blagrove in the other semi-final - secured $7,000 each for having shared third place. There was no playoff for third.

Players finishing from fifth to eighth place each received $2,000. They are Steven McKenley, Michael Jolly, Damian Simms and Duan Chin.

Christian Pen and Daytona will meet in the May 9 final of the Colin Fagan-sponsored Portmore Football League knockout tournament, following semi-final wins over Braeton United and Hamilton Gardens, respectively, at the Passagefort playing field on Sunday.

Christian Pen, who are also in the league semi-finals, booted Braeton 3-1, whereas Daytona eliminated Hamilton Gardens 5-3 on penalties, after both teams were locked at 1-1 after regulation and extra time.

Defending champions Power of Faith International (formerly Power of Faith Seniors) open their defence of the Dr Bishop Delford Davis trophy for Excellence against Jamaica Evangelistic Centre (JEC), in the feature match of a double-header of the fourth staging of the Power of Faith twenty/20 Church cricket league which bowls off Saturday, April 17, at the Lime Tree Oval in St Catherine.