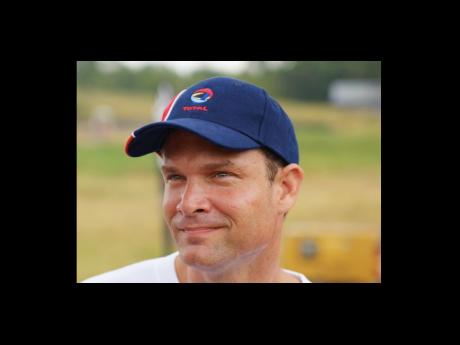 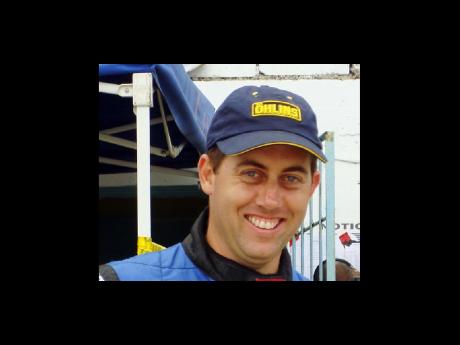 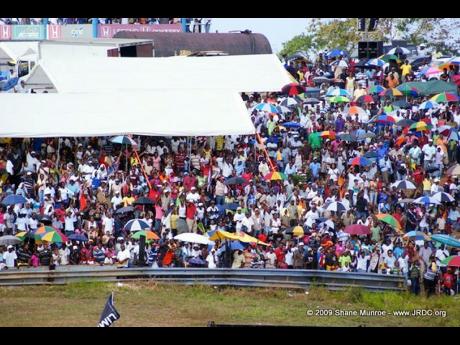 A large crowd turned out at the Dover Raceway to see the Carnival of Speed.
1
2
3

Though mechanical problems kept out some top drivers, the Carnival of Speed race meet held at the Dover Raceway, St Ann, last Monday turned out to be a thriller.

"Despite the fact that some people were out because of various mechanical problems, the event was very exciting. It was a good start for the season. We saw some close and exciting finishes. Notable was the performance of young Kyle Gregg," commented Errol Anderson, president of the Jamaica Millennium Motoring Club.

In their pre-meet comments, the top drivers spoke convincingly about how fast their cars were going to be, but as it manifested, David Summerbell, with his Total-sponsored Mitsubishi Lancer Evolution, turned out to be the fastest of them all. He won four races, two each in the Thundersport and MP3 classes.

"I think this car can go much faster," argued Anderson, who watched the races from the VIP Tower on Monday.

Doug Gore, who finished second behind Summerbell on at least three occasions, promised his fans that the next time things will not be so easy for the Kingston-based Summerbell.

"The Mitsubishi Evolution 10 was just not up to par. I have already contacted an expert in California who will be coming down to help tune it for the next race meet, so Mr Summerbell will be seeing a different car. It won't be that easy for him," Gore warned.

The event provided some thrilling moments for the more than 8,000 fans, some of whom crammed the hillside and the newly built grandstand to get a close-up look at the races. It was a carnival-like atmosphere. Some people were blowing horns, while others screamed their heads off, cheering on their favourite drivers.

With their eyes glued to the cars on the track, the diehard fans kept fidgeting from one spot to another, maintaining a fixed look on the races. Summerbell, Gore, Peter Rae, Alan Chen, Peter Jaggon, Gary Barrett, Kyle Gregg and Nigel Edwards did not disappoint them.

Racing bumper-to-bumper and side-by-side at intervals, it was a cat-and-mouse game between Summerbell and Gore, with the former having the advantage all the time. There was also intense rivalry between Peter Jaggon and Gregg.

Gregg won four races, but was later disqualified in the IP 33 class for breaking out of the class. The biggest disappointment of the meet was on the part of Marck Carey, who, after spending more than a year building his car, never got a chance to compete effectively in one of the races. He was kept out because of engine problems.

With the Carnival of Speed race meet now behind them, the circuit racing drivers are now looking forward to the first leg of the Caribbean Motor Racing Championship (CMRM), which is scheduled for the Dover Raceway on May 24.