Cut those rates, darn it! 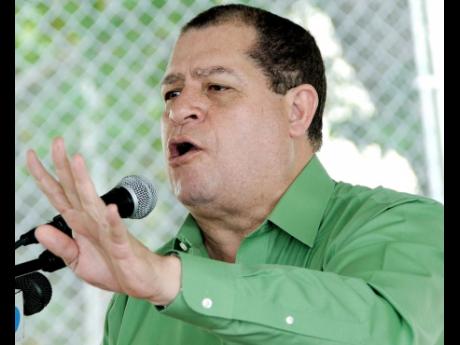 Frustrated by still-high interest rates on credit when policy rates have been trending down, Finance Minister Audley Shaw demanded Friday that banks and other lenders act faster to splice the cost of credit, saying it was in the interest of their very own sector.

"I am not satisfied with the rate at which the commercial banks are responding, and that is something that has to be dealt with, and I am calling upon the financial institutions. Go recalibrate, go look again, because interest rates need to go down more aggressively," he insisted at his post-Budget press conference.

When pressed on why he thought moral suasion would work this time around when it never did under previous administrations - nor in the two and a half years since he has been minister - Shaw insisted that this time around, circumstances were different.

"It is going to work in Jamaica," he insisted. "Those who will say it is not going to work would be running the risk of courting another financial-sector collapse."

The minister said the business sector would not like to see that happen but instead wanted stability, consistency and predictability.

"I am saying to them, in exchange for all of that and for having an environment where you can become competitive and you can make money, then you will have to get in line with what the rest of the world is doing," he said.

The Bank of Jamaica has been cutting signal or policy rates since last July.

One of the biggest drivers of market rates has been government activity, since the majority of its annual debt issues is taken up by Jamaican investors and institutions.

But Shaw suggested that a game changer had been introduced on the fiscal side - the Jamaica Debt Exchange (JDX) bond-recall programme in January, which would complement the monetary policy in the move towards low interest rates.

The JDX bonds replaced tenors averaging 18 per cent with issues averaging 12 per cent. Bank of Jamaica rates are now at 10-15 per cent on the central bank's range of one-month to six-month open-market instruments.

The JDX was 99 per cent successful at settlement in late February, but none of the big commercial banks has yet signalled that they would be cutting rates as a result.

The banks lend at rates ranging from 16 per cent to more than 20 per cent.