An email from Morris Cargill 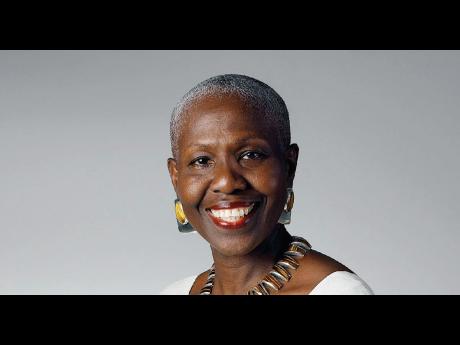 After I kicked the bucket a decade ago, on April 8, 2000, to be exact, I decided to head straight for hell. Quite frankly, I wasn't too keen on heaven. I didn't think I could really stand an eternity of piety. Not good for the soul. Not one spliff, no gin, no carousing. And just imagine all those buxom higgler types banging noisy cymbals all day long. All night too! It would give me a dreadful fright, I'm sure. Just as bad as that awful sound system cacophony that passes itself off as 'music'.

On arrival at the barbed-wire fence at hell's gate, I was greeted by Lucifer himself. The light he was bearing seemed rather dim. I'd expected the flames of hell to burn much brighter. But it seems they were having power surges. I immediately felt I was on familiar territory. Hell is a lot like Jamaica, it would appear.

Now another reason I set out directly for hell is that I'm not a man to invite myself where I'm not wanted: a terrible social gaffe. The thought of going to heaven and being turned back by that insufferable security guard St Peter made my blood boil. You know these upstarts. Give them a little job as gatekeeper and they think they own the entire property! Plenty of these sad cases in Jamaica. Even in government.

So, feeling assured of a warm welcome in hell, I greet the devil quite amiably: "Here I am, old chap. Hope you have my suite ready." You can well imagine my dismay when Lucifer informs me that he's so sorry to let me know that there is no place prepared for me. Even worse, God has summoned me to heaven. A rather unexpected turn of events.

So I very, very reluctantly ascend to the Pearly Gates. There I'm greeted by St Peter. My worst fears are immediately realised. St Peter is a Jamaican security guard. If you've read Anthony Winkler's marvellous novel, The Duppy, you know that heaven is overrun with Jamaicans.

Listen to St Peter, speaking so confidentially, as though he and I are equals. He is rather familiar, in the very bad sense of that word. Much too intimate: 'Hey boss! How yu tek so long fi come! A no now wi a look fi yu. How yu coulda go check di devil-bwoy before yu come up ya so? Yu cool, man. Big G a look out fi yu. Mi a go buzz im, mek im know seh yu reach.

"By di way, mek mi prips yu. Yu know how dem use fi teach wi inna Sunday school seh God know everything. Dat was one time. A no so it go now. Im head have a way fi a tek im. Im naa remember tings. An heaven naa run so right, yu know, boss. Is a good ting so much a wi deportee from Jamaica up ya, an a try help im improve up di place."

Book of Life in Jamaican

I reel in shock, hoping against hope that the elevation of this boorish young man to front-of-house is a sign that 'Big G' was, indeed, having an off day when he appointed him. I cautiously await the arrival of El Supremo. Horror of horrors, God, himself, isn't one bit more literate! He, too, speaks that God-awful yahoolish that not even my dog, Peanuts, would condescend to utter. Can you believe that this is God speaking?

So here I am stuck between the devil and the deep blue sea of illiterate yardies, my companions for eternity. Suffering in heaven for having dissed speakers of Jamaican on earth. Even worse, God has forced me to tell the people of Jamaica through this medium that I was wrong to have had such contempt for their verbal creativity. As you, Carolyn, once put it, "Cho Misa Cargill, rispek juu!"

So a it mek mi a send yu dis email. My God! I never imagined I could live to be speaking like that. But, of course, I'm dead. Sort of. In any case, growing up in Jamaica, I damn well knew the language, but pretended otherwise. Ah well. Mi better ketch mi practice. Mi dis ha fi gu inna it. An mi can't even behave bad up here and pray to God seh im get bex an sen mi back down a hell. From wat mi get fi understand, di Jamaican dem down dere a gi extra lesson inna yahoolish. All right, 'Jamaican.' To rahtid! Di whole a hell a try fi learn fi talk Jamaican - if in case dem get fi buss out an jimscreechy into heaven.