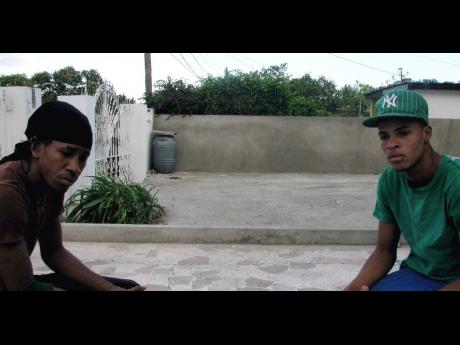 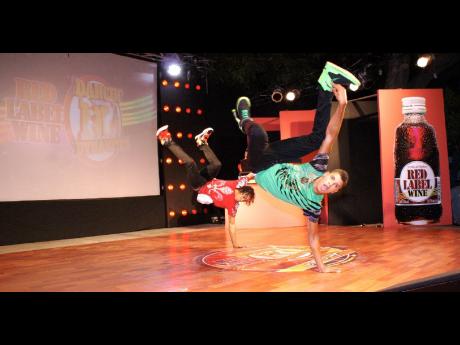 Seemingly more determined to make amends for past disappointments, Card Unit is focused on winning the 2010 Red Label Wine Dancin' Dynamites competition, after being overwhelming crowd favourites for the last two seasons.

The beloved sons of Seaview Gardens, comprising captain Rory Brackenridge, 21, and Damion Smith, 19, are in for a real shot after starting the season on a high note with a series of eye-catching dance moves complemented by endless swagger.

Brackenridge and his younger cousin, Smith, have also been on a near three-year journey filled with revelations, growth and disappointments.

In two previous attempts, they missed out on the nation's top dancing prize, with the underachieving being blamed on poor campaigning.

Brackenridge and Smith are, however, desperate to bring joy to their families and well-wishers across Kingston and St Andrew by taking the title, which they believe should have happened a year ago.

Through sheer determination and several pleas from the public to re-enter, the two men, who are graduates of Vauxhall High School, are in with a bang for what they see as their final hurrah.

"We a go win this year and when we win Jamaica a go happy," said Brackenridge.

The Sunday Gleaner recently visited Daisy Close, in Old Braeton, Portmore, St Catherine, and watched while the members engaged in their weekly rehearsal.

They were seen orchestrating another breathtaking routine, which they hope will thrill Jamaica and propel them into the competition's final stages.

Card Unit has always shown a rich sense of fashion, but on this occasion they opted for a rather modest approach. Attired in only jersey shorts and T-shirts, they commented briefly on how they put the bits and pieces together in creating fashion.

Before joining Dancin' Dynamites, both men spent the majority of their time hoping that Jamaica and the world would one day get an opportunity to witness their talents.

"Wi tek dancing serious. It's like if wi neva did a dance, wi would a try it yah now," joked Smith.

Also, they have used the opportunity well and expressed gratitude to the competition's organisers for being successful in unearthing and nurturing young talents across the island.

"Wi thank God for it (Dancin' Dynamites), because wi know say through this, wi a do sumpn inna life now," Brackenridge said.

When it comes to struggles and adversities, Brackenridge and Smith are no strangers to it. Though they have faced different personal challenges, the living conditions of a poverty-stricken community like Seaview Gardens is something they both can relate to.

"Life rough for both of us, and mi nah lie bout that," said Smith, wiping the sweat from his forehead.

Both Brackenridge and Smith grew up under rough circumstances. Their parents struggled regularly to put food on the table and send them to school.

But these obstacles have only served as motivation for both men who believe they have now turned a new page in their lives. They have combined their creative energies with the hope of winning the fast-rising dancing competition.

"Wi understand each other and know each other's moves and styles. From wi drop out last year wi start practising, cause wi definitely feel it dis year," Smith said.

The eventual winners of the competition will do battle with representatives from other countries on the final night for an additional $500,000.

With one eye set on the winner's prize and the other focused on capitalising on the experiences gained throughout the competition, the dancers of Card Unit believe it's their time.

"A nuff dumpling and butter wi go through, nuff sugar an' water wi affi swallow ... so winning this competition would mean a lot to us and we plan to make the most of it," said Brackenridge.