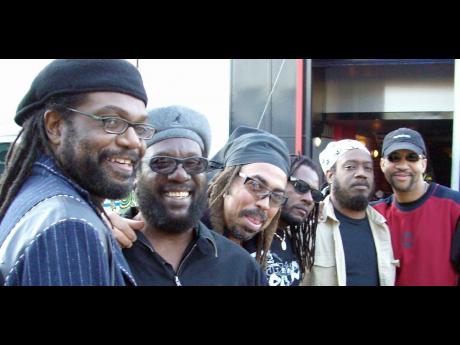 The world's longest-running reggae band is set to host 'Third World Band Rehearsals LIVE!'. The informal, online-only rehearsal will be streamed live on www.ination. tv/thirdworldbandlive and www.thirdworld.com on Saturday, May 8, at 7 p.m. for Caribbean and United States audiences, and rebroadcast May 9 at 1 a.m. for audiences in Europe and Africa.

The live stream is part of the band's 35th anniversary celebration, which will allow approximately 1.2 million viewers globally to be part of this experience. The broadcast will feature the worldwide premiere of the video for their new single, The Spirit Lives, a dedication to the people of Haiti and a preview of the making of the video for By My Side, featuring Tessanne Chin.

Fans will also get a behind-the-scenes look at the band's rehearsal and receive information of their upcoming performances. As an added bonus, the band members will interact with fans via special chat rooms.

"The idea of doing a live-streaming, online rehearsal, was born when Third World performed at Jamaica Jazz and Blues Festival earlier this year," said band manager Victor E. Lewis. "Online viewers were very disappointed after only being able to see the first three songs, so we are making it up to fans around the world by inviting them to experience, first-hand, what goes on behind the scenes." The band's live, streamed performance at Jamaica Jazz and Blues Festival garnered a total of 278,808.08 viewer minutes. The live stream will be directed by Steady Image Productions' founder, Adrian Allen. Allen, who is an award-winning director, cinematographer, senior editor and producer, is also vice-president of PAR Pictures. With more than 12 years experience, Allen has directed and produced more than 40 music videos, TV shows, short films, documentaries and special media content for major networks such as BET, VH1, NBC and Comcast.