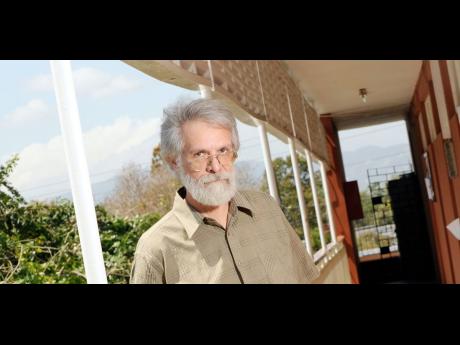 Lawrence Powell, polling director for the Centre for Leadership and Governance at the University of the West Indies. 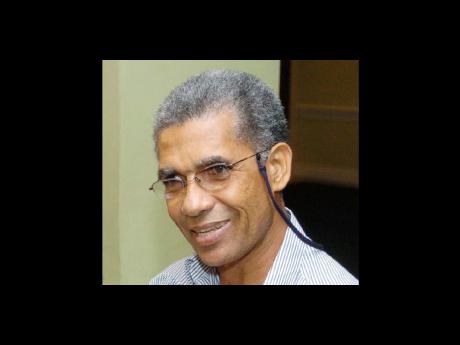 Two rather dismal articles appeared together on the Opinion and Commentary page of this newspaper last Wednesday. Dennie Quill's 'Not in our lifetime' and Lawrence Alfred Powell's 'Are we experiencing an epidemic of distrust?' Powell's research data could hold the key to Quill's concern whether Jamaica can "come back".

First of all, let me do publicly what I have already done privately: Commend The Gleaner for carrying on its prominent Opinion and Commentary page Powell's extended article based on original research and written in popular style on a timely issue. I commend, as well, the writer, who is polling director for the University of the West Indies Centre for Leadership and Governance, for getting out of journal mode and writing this important piece which is accessible to general newspaper readership.

I have spent some time encouraging, on the one hand, scholars to engage the public with their scholarship and, on the other hand, the media to facilitate the engagement. While it may not be among the biggest, there is a segment of the media market, including decision-makers and opinion leaders, hungry for accessible popular scholarship. They don't generally do journals or academic conferences.

Citing our familiarity with "unusual violent criminal behaviour," the criminologist argues that "it would be a mistake to think that this problem is simply a matter of undersocialisation and a weakening of institutions such as the family. On the contrary, it has to do with a kind of oversocialisation that is revealed in a shift in attitudes to violence in the society. Thus, a violent reaction to perceived disrespect suggests that personal respect is a deeply held value that is perhaps placed above respect for life."

Now this is very useful stuff, which takes us back to Dennie Quill's depression-inducing concern: Can Jamaica come back? This was the question posed by a late middle-aged professional to her older friend, "You think Jamaica will come back?" The quick reply was, "Not in our life time."

Quill feels that "the stability of the country is threatened [by] a confluence of factors that have left Jamaicans here and abroad feeling very vulnerable."

Among the 'refugees' in the exodus from a place which is getting less and less desirable to live, work and raise a family [Vision 2030, PIOJ] are retirees whose children, already out, are insisting that their aged parents join them abroad for security and peace of mind.

As if things are not bad enough, along comes academic pollster Lawrence Powell telling us, from his data collected over three cycles, that consistently "between 83 and 84 per cent of Jamaicans do not trust other people, generally. Those agreeing that 'most people can be trusted to keep their promises' were only a small minority, averaging 14 per cent over the three years [of the poll, 2006, 2007, 2009]".

"Social scientists tell us," Powell writes, "that a shared sense of trust, a basic belief in the cooperativeness and unselfishness of human nature, is vital to building a strong civil society. It is essential to building 'social capital' within organisations and in all human relationships. Trust is the glue that holds a society together. The efficiency, and indeed survival, of individuals and groups within the society depends heavily on the presence of such trust. It is essential to modernisation, to the development process, and to achieving sustained economic growth.

And "where people lack a basic faith in the trustworthiness of other people, they tend to become more cynical, manipulative, exploitative, antisocial, violence-prone. They become ... 'unsure of their control over the world and, hence, fearful that the world is either against them or indifferent to them.'"

The impact of culture

Francis Fukuyama, in his now famous book, Trust: The Social Virtues and the Creation of Prosperity [1996] set out the impact of culture on economic life, society, and success in the global economy.

He argues that the most pervasive cultural characteristic influencing a nation's prosperity and ability to compete is the level of trust or cooperative behaviour based upon shared norms. In comparison with low-trust societies, which need to negotiate and often litigate rules and regulations, high-trust societies are able to develop innovative organisations and hold down the cost of doing business.

Another book, "Trust in Society", edited by Karen S. Cooke [2003], using the tools of experimental psychology, sociology, political science, and economics, provides a wealth of empirical data showing that trust plays a pervasive role in social affairs, even sustaining acts of co-operation among strangers who have no control over each other's actions. But the full importance of trust is rarely acknowledged until it begins to break down, threatening the stability of social relationships once taken for granted.

"Unfortunately, Jamaica's average of "14 per cent trust," as measured now across three successive national surveys, clearly places us within the 'lower cluster' of countries where the sense of distrust substantially overpowers trust - with the result that social cohesion and social capital building become more difficult," Lawrence Powell notes.

As the pollster knows very well and, in fact, says, when the lumped data is disaggregated, some interesting - and useful fine-resolution pictures - can emerge. In this generally lowtrust environment, not all institutions and relationships are equal. While hardly anything exceeds 50 per cent in "confidence in Jamaican societal institutions", some things are doing considerably better than others. The leading institutions are families, schools, universities and churches.

Interestingly, there are comparatively high confidence levels in media. But perhaps most interesting of all is the data that the prime minister [uncertain from Powell's column if this is the office or the person who currently holds the office] enjoys a higher level of public trust than media, political parties, the Government in general, the judiciary, the private sector, and trade unions, although only 25 per cent of respondents said they have a lot of confidence in the prime minister.

"It seems evident," Powell points out, "that this lack of confidence in basic institutions of public and private sector governance, combined with such high levels of interpersonal distrust, are likely to present serious impediments to civil society and development efforts in coming years.

"Unfortunately, the data from these national surveys - no matter how well measured, or how often - cannot give us a prescription for a remedy. They can only suggest a diagnosis - that the overall atmosphere of trust within the Jamaican society is disturbingly low at present, based on repeated measures in these national socio-barometers. One thing is clear, though. Like any symptom of degeneration, when it occurs, it would be unwise to ignore it."

So is there no balm in Gilead?

Powell says his research "suggests a need for national strategies that focus more intensively on building 'social capital' within communities, as a precondition to any sustained economic development, violent-crime reduction, etc."

While very conscious of my own vulnerabilities, I have never shared the view of Dennie Quill's friends that Jamaica can't come back, not in my life time. I am still here, and by choice.

On a comparative global scale, and in the long view of the history, Jamaica remains a pretty sound and stable country whose problems are quite fixable with focus and resolve. "Lack of political will" has become a worn cliché, but remains true nonetheless. To extend Lawrence Powell's epidemiological metaphor, yes, we have a serious infection but it is not metastatic cancer.

Noting that 42 per cent of Jamaicans, in fact, feel that 'most people [in the abstract] are essentially good and can be trusted', and that only 25 per cent say they have had actually witnessed some form of corruption, Powell suggests that "the low levels of trust showing up in these surveys may be a temporary cautious personal response to the crime rates and perceived worsening social conditions in recent years, rather than reflecting any permanent, culturally based skepticism about other people and human nature, generally."

The trust builders, if there are any such, have their work cut out for them. But they have something to work with by way of a growing body of data from local studies.