The PMs' club versus the US 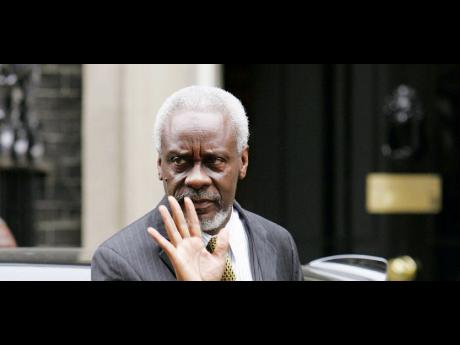 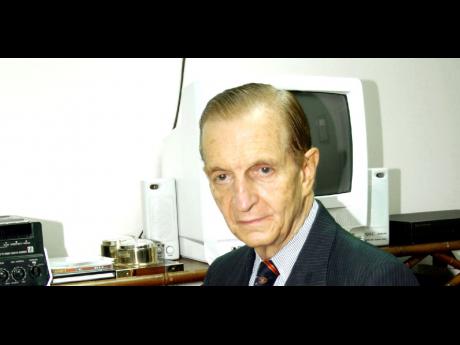 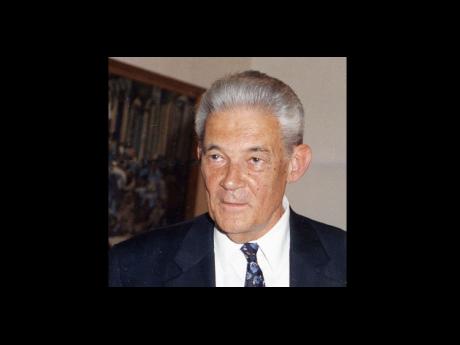 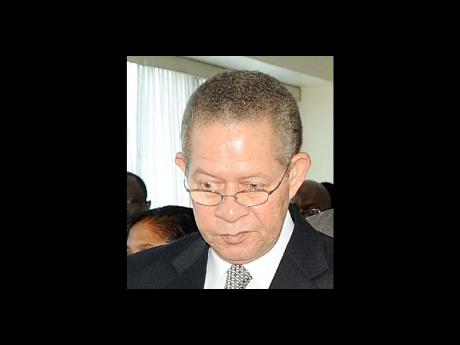 JAMAICA IS no stranger to conflicts, disagreements, or diplomatic rows with the mighty United States or powerful US-backed organisations.

Past diplomatic stand-offs between the two countries have created graphic imagery of the oft-recited biblical David and Goliath story.

And as it was with much smaller David, Jamaican leaders have refused to back down claiming nobly that they have principle on their side.

Former prime ministers - Michael Manley, Edward Seaga and P.J. Patterson - have, during their tenures, boldly squared off with the United States or its organisations.

Manley's advocacy for social and economic equality in the ideological struggles between the United States and Jamaica in the 1970s is well documented.

Seaga, who had started out as a staunch ally of the Ronald Reagan administration in the early 1980s, would wrestle with the influential International Monetary Fund in the late 1980s.

Patterson initiated diplomatic stand-offs with the United States twice during his tenure - arising from an extradition row in 1992 and the US's alleged involvement in the removal of former Haitian President Jean-Bertrand Aristide in 2004.

The men, who led Jamaica for a total of 35 years in 1972 and 2006, claimed that they had adopted principled positions.

Now the Bruce Golding administration faces its own dilemma with the US.

But it has been a lonely path for the Government as it does not seem to be enjoying widespread support from prominent Jamaicans or influential organisations.

Political historians say they need more time and information to analyse the periods and factors that motivated the political leaders.

"I think it's impossible to answer the question without a clear understanding of the individual motives for the respective divisions," said John Rapley.

"You would need to establish what the grounds for the decisions were, what (where relevant) principles were involved, and assess the current case in light of the available evidence.

"To really do this well would require careful study of the individuals' memoirs or, better yet, interviews," he added.

Michael Burke responded: "I do not remember what exactly it was the specifics when Seaga stood up to the IMF … other than that, everything else were all principled positions."

But the records show that Seaga collided with the IMF over the pace and nature of economic conditionalities as the political tide turned against the Jamaica Labour Party in 1986.

Seaga refused to budge when the IMF sought to force his hand to devaluate the local currency.

In Seaga's view, the IMF's original insistence on devaluation was reasonable due to Jamaica's high level of macro imbalances, but later he resisted the IMF's demand for a further devaluation.

The IMF insisted and Seaga, known for his firm and defiant stance, withheld payments as a "negotiating tactic" to get the bank to change its mind on the issue of a further devaluation.

It's understood that the IMF became concerned that this "was a bad example that others may follow".

Seaga arranged a meeting with then IMF managing director, Jacques de la Rosiere, at a World Bank meeting in Seoul.

Seaga's predecessor was described in the western international political arena as a fiery leftist and critic of the United States in the 1970s.

Manley was anything but bashful in his first two terms as prime minister, a period which generated great controversy and projected his country into international headlines.

He implemented his brand of 'democratic socialism' two years after he was elected in 1974, much to the dismay of the US.

He led the Movement of Non-Aligned Nations into the formation of a New International Economic Order against what he considered the exploitation of the West.

Manley saw Cuba and the Cuban model as having much to offer both Jamaica and the world.

The man who succeeded Manley was quite the opposite in personality and stature, but his political colleagues and rivals learnt quickly that he was no walkover.

Patterson made international headlines in 2004 when, as chairman of CARICOM, he led the regional organisation in the decision to refuse recognition of the Gérard Latortue government in Haiti following the removal of the democratically elected president, Jean-Bertrand Aristide, from office.

The former Jamaican prime minister arranged for the ousted Haitian leader to take up temporary residence in Jamaica during Aristide's lawsuit against the United States and France accusing them of kidnapping him.

The Patterson-led CARICOM called for a United Nations investigation into Aristide's removal, but were reportedly pressured by the US and France to drop their request.

Some observers suggest the rebellion and removal of Aristide were covertly orchestrated by these two countries.

Twelve years earlier, shortly after Patterson assumed the helm of Government, his administration would run on a collision course with the US.

The diplomatic stand-off took shape when a man being sought by the United States was snatched away due to an administrative mishap in 1992.

On June 12, 1991, an administrative error in the Registry of the Jamaican Court of Appeal - the misplacing of a document confirming Morrison's intention to appeal - led to Morrison being surrendered prematurely to US law-enforcement agents who extradited him to the USA.

The P.J. Patterson administration made unsuccessful diplomatic and legal efforts to have the Americans return him, since he had not been legally extradited.

In April 1992, Morrison was tried in the Middle District Court, Fort Myers, Florida, and sentenced to 24 1/2 years' imprisonment without parole on cocaine charges.

At the time, the Morrison case generated a lot of discussion in Jamaica and the United States and escalated into an international dispute between the two countries.

The P.J. Patterson administration complained that there had been a breach of its Extradition Treaty with the United States.

Former Justice Minister K.D. Knight told Parliament that on the instructions of Cabinet, the Ministry of Foreign Affairs dispatched two Diplomatic Notes to the US Government.

When the US refused to respond favourably, the P.J. Patterson Government suspended extraditions until the US tidied its systems.

Ironically, as the Bruce Golding administration continues to be enmeshed in the knotty diplomatic row with the United States, over another extradition request, the attorney general and justice minister, Dorothy Lightbourne, is using the 1992 experience to defend the Government's position on the high-profile extradition request for celebrated Tivoli Gardens leader Christopher 'Dudus' Coke.

"It is to be recalled that as a result of the hasty and precipitous action of a former minister of justice, a Jamaican national was improperly and illegally extradited to the US in 1992," Lightbourne declared.