From one estate to another state 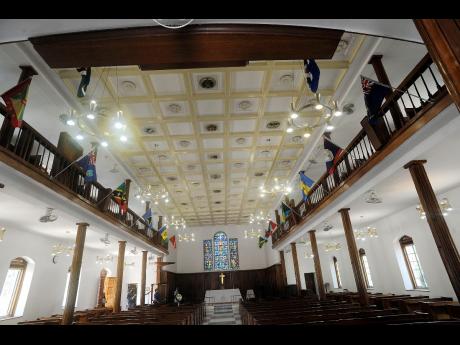 CARICOM flags grace the eastern and western upper decks of the chapel. - Photos by ricardo makyn 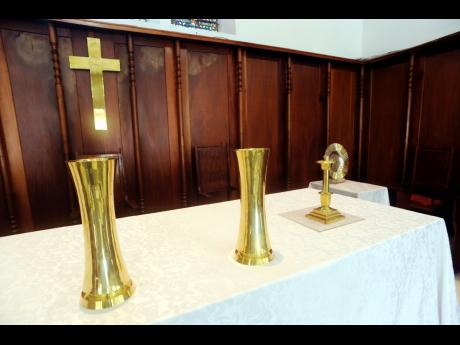 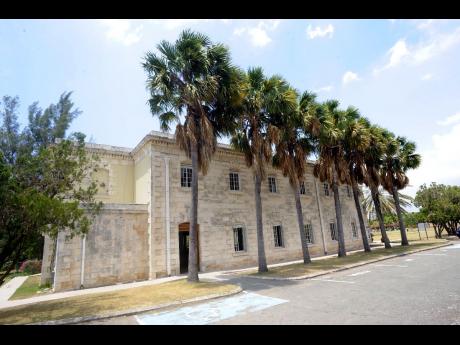 Another view of the historic chapel that has hosted countless weddings, funerals and state functions.
1
2
3

IN A previous life at another place the chapel at the University of the West Indies, Mona campus, was far removed from its present state. Not that it did not look the same. Save for a chimney which appears in earlier drawings, it is more or less as it was at the sugar estate in Gale's Valley, Trelawny.

But before it was transferred block by block across the island, the Georgian building served a far from spiritual purpose on the sugar estate where it was built in 1799. So then University College of the West Indies' first resident engineer, A.D. Scott, supervised a process, which not only transferred the building from the estate to Mona, but also its state into the realm of the sacred.

An inscription on the chapel's north wall pays indelible homage to the building's origins. It reads: "Edward Morant Gayle Esquire 1799."

Although this year the chapel celebrates 50 years since being dedicated on February 14, 1960, the building process began in April 1956. Sir Hugh MacIntosh Foot (later Lord Caradon) laid the cornerstone on June 5 that year, and the first service held there was on June 21, 1959.

Fifty-one years from that service and countless weddings, funerals, special services and meetings later, the chapel envelopes the visitor not only in an aura of calm, but also exudes a sense of history and community. Caribbean countries' flags are set at an angle from the balconies on three sides of the altar and, behind it, the East Window. Trinidad and Tobago's flag is across from Jamaica's, closest to the altar, maybe an acknowledgement of preeminence but certainly not (at least financially) equality these days.

The organ's pipes have their own cubicle in between the steps that lead to the upper level. Dedicated at the valedictory service on June 17, 1962, it was built by J.W. Walker and Sons and first officially used by Dr Harold Drake, then the organist at King's College, Cambridge, who had been a consultant in the entire process.

The wooden pews, showing the sheen of frequent, consistent use, are sturdy. Looking upwards to the ceiling, possibly searching for the heavens, one sees the work of Alvin Marriott, who carved in relief the arms of various persons and institutions, including the first chancellor, Princess Alice, countess of Athlone, as well as the arms and ancient seals of all the territories contributing to the then University College. There are two which, if the work was being done now, would not be there, British Guiana (now Guyana), and the Federation of the West Indies.

Other notable features of the chapel are the East Window, donated by Princess Alice; Marriott's lectern, in the form of a pelican; and, the artwork which frames the main door - on the right (entering) is The Master by artist Ralph Campbell, and on the left is Christopher Gonzalez' sculpting The Sorrowing Christ.

Outside the chapel and to its right (facing the building), there are three graves, which themselves hold much of the history of the university. With a white stone is the Hon A.Z. Preston, 1925-1986, vice-chancellor from 1974-1986. Covered by black are Sir Philip Sherlock (1902-2000) and his wife Grace Sherlock (1916-2001), the former described as "Founding Father of the University of the West Indies".

And in the centre is the spot for Professor Rex Nettleford.

Another view of the historic chapel that has hosted countless weddings, funerals and state functions.