Isiah Parnell: a life of service to country 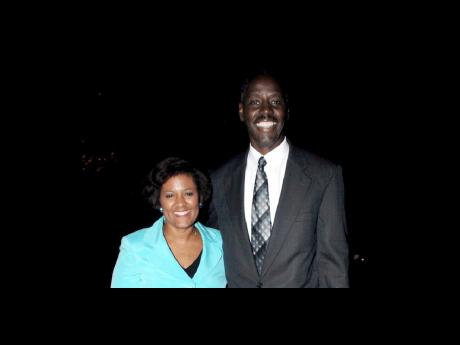 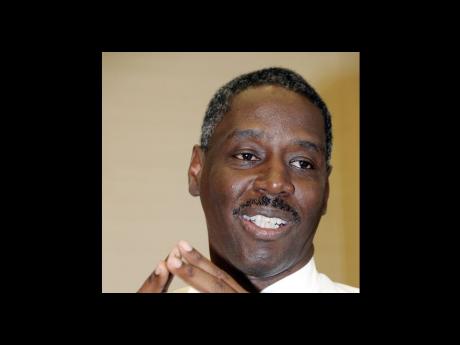 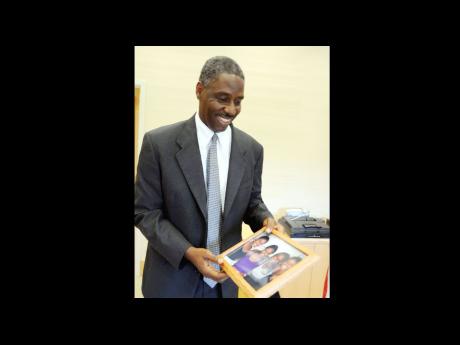 Isiah Parnell is proud of his four daughters.
1
2
3

Isiah Parnell assumed the position of chargé d'affaires at the United States (US) Embassy, St Andrew, in August 2009. If Parnell were not a diplomat, he would be in public administration and urban planning. He is a career foreign-service officer who joined the Department of State in August 1984. He has served in eight overseas posts in the Bureau of Western Hemisphere Affairs and Africa. He is a member of the senior foreign service and holds the rank of minister counsellor. He most recently served as the minister counsellor of management affairs at the US Embassy in Mexico City from 2006-2009.

Parnell was born in High Springs, Florida. He earned BA and MA degrees from the College of William and Mary in Williamsburg, Virginia, in government and economics; an MA degree in urban planning/economics from Virginia Commonwealth University in Richmond, and has completed the coursework for a doctorate in public administration from the University of Colorado in Denver.

Parnell, whose father served in the US army, is the typical 'army brat' who had the privilege of growing up on several army bases at home and abroad. This upbringing gave him a broader world view - an exposure to and tolerance of other cultures.

He attended high school in Germany where his father served two tours. He also lived at Fort Dix, New Jersey; Fort Knox, Kentucky; and Fort Bragg, North Carolina. Germany, for him, was a missed opportunity to integrate.

"After World War II, the United States had lots of military bases in Germany and other parts of Western Europe and they made them into American compounds, so if Americans living there did not make an active effort to go out and experience the country, it would be very easy to remain in the compound," Parnell recalled.

That meant the young Parnell played football (instead of soccer) and basketball as if he were still in the US. He missed out on the opportunity to go out, learn the language and discover the culture. But he made friends, and since coming to Jamaica, two of them from high school came to Jamaica for a mini Mannheim, Germany, high-school reunion.

The extensive travel experience has helped Parnell to adjust to new postings, and enriched his life, because he has realised that wherever in the world you go, people are the same.

"No matter what country you're in, you will have to grapple with social and economic issues; there will be people who take advantage of opportunities and do things to advance themselves, and there will be others who don't. No matter where we've lived, we have had opportunities to meet people and learn about their cultures."

Postings prior to Jamaica include: Mexico (two tours), Panama, Paraguay and Ghana. West Africa was particularly interesting for his entire family.

"My wife is the perfect foreign-service spouse. She's very interested in history and she reads widely beforehand about all the places we have been," said Parnell.

He has not yet been to Asia, nor has he, like present Internet trends indicate, formally traced his roots to the motherland. But he has visited slave castles in West Africa. That, for him, was a humbling experience.

Growing up in the military and moving from place to place have made it easier for him in his present situation. Is he tired of it yet?

"The older I get, the tougher it gets. In our 20s and 30s, with young children, we simply packed everyone up and away we went. We spent six years in Mexico City. That move was difficult, and it is more so as you get older."

But the Parnells were fortunate to be able to travel back home for the birth of their four daughters.

Where was Parnell when President Barack Obama made history in becoming the first African-American to head the US? He recalls being in Mexico in a hotel ballroom with hundreds of Mexicans and some embassy staff watching the election returns on television. When asked how the moment made him feel, he offered this response: "After living in so many countries where people have to struggle to vote and transitions to power are problematic, every election that happens routinely and peacefully in the US is an issue of pride. Combine that with the election of the first African-American president, then the pride is hard to contain. It is also a pride in the process. We were at a point where we were looking at content of character."

And did he foresee that in just a year Obama would have had such a rough ride?

Parnell said the difficulties are not that much different from what presidential predecessors have faced. President George W. Bush won by 535 votes and in his first year, there was the same kind of contention between Democrats and Republicans as he tried to get legislation passed. President Obama has taken on some broad-ranging policy goals that differ from what is sometimes seen in American politics.

President Clinton won with less than 50 per cent of the vote and lost control of Congress after his first two years.

"I am not a fan of the notion that the kind of intense political discussion that we have seen over the last year is different from the Bush-Clinton first years."

Gays in the military

One of the issues tackled by Obama is the vexed question of gays in the military. Having served in the US Army from 1981-1984, Outlook asked Parnell to speak to the issue.

He said it goes back to the notion of content of character and what people can do, regardless of race, sexual orientation or religion.

Obama's effort to review this issue follows the principle of looking at the outcome of the person's performance rather than at other things that have very little to do with the person's ability to do the job.

"I think his efforts are very consistent with what he has been saying as an activist in his early days in Chicago, as a senator and now as the president," he said.

After seven months in Jamaica, Parnell has seen the importance of having a good team. He appreciates the effort of all agencies and units and he sees himself as part of a team that is helping to ensure a good relationship between the US and Jamaica in a broad range of areas.

Outlook asked Parnell to comment on how he sees ongoing strained relations between Venezuela, Iraq and Syria and the US; versus Jamaica's long-term relationship with his country. Are we still friends?

"We have tried to encourage a big-picture approach to looking at US-Jamaica relations. We think that with such an approach, you will see a relationship that is strong, has (at least on the US side) a number of ongoing mutual programmes, in a number of different areas) in the vast majority of issues on which we deal. There is a great deal of cooperation. In 100 per cent of the things we do, there is a great deal of mutual respect about the ways in which we deal with each other, both on the easy issues and on the difficult issues," Parnell stated.

He continued, "The fact of the matter is that in this country and in other countries, you sometimes encounter difficult issues. As friends, we are working on ways to handle those difficult issues in a way that both respects outstanding treaties that exist between our nations and a nation's right and ability to discuss openly how you move forward in dealing with issues when there is sometimes some contention."

Parnell further stated, "I have the highest regard for my colleagues in the foreign ministry and the Ministry of Justice as we look for ways to deal with when we sometimes have areas of contention."

As deputy chief of missions, he never expected to be chargé d'affaires for so long (there has not been a replacement for Ambassador Brenda LaGrange Johnson who left a year ago). His primary duty as deputy is to ensure good coordination between the external agencies and the embassy, and making sure that all runs smoothy. As chargé d'affaires, he now has a more public role too. The overarching goal is always to find ways in which the agencies that are here are able to do their jobs well. That includes having a more open mission through films and concerts to which the public is invited.

On the consular side, providing better services such as more comfortable surroundings for visa applicants will be costly. Parnell said what the embassy does is to ensure that once applicants are inside, they are comfortable and get efficient service. The recently opened consular agency in Montego Bay is now in a better area than it has been in the more than 30 years it has existed. It will be a place where Americans who are sick, need legal assistance, have lost a passport or have even been arrested can get help. It does not handle visa applications, however.

Since his arrival, Parnell has visited Dunn's River Falls, and on Good Friday, he climbed Blue Mountain Peak. He has also been to Robin's Bay in St Mary to visit Peace Corps volunteers. He went to Flagstaff in the Cockpit Country and to Montego Bay, both officially and unofficially. He is looking forward to making time to see all the exciting and important parts of Jamaica. One such was the detour he was forced to take when on a recent trip west, Mount Rosser was impassable. "I got to see some of the most beautiful countryside ever. There was not a cloud in the sky, it was beautiful," he said.

And so far, he loves Jamaican foods, including plantains, jerked meats, seafood and Red Stripe beer. The beer here is excellent, he said.

A strong family man, Parnell, who has been married for 26 years, grew up in a home with his parents and two older sisters. "Being humble is not a problem for me," he quipped.

When prodded, he said his four daughters are his greatest blessing and not the result of attempts to have a son. His family has been very understanding of his life on the go. The first three girls being close in age - 24, 22, and 20 - did not have a problem with travel. They always went to school together and relied on each other in a new environment.

The youngest daughter came five years later and she had to move by herself to Jamaica. She had a tough three first days at school but now has friends, and things are great. The three elder girls are at college in the US.

"My only foreign-service regret is that my wife had to give up her career in television. When we got married, she had to leave her job to follow me around; we have never lived in the States since I started my career. She had a bright future, she was making more money than me, and she gave it up, so I am indebted to her," Parnell revealed.

Advice to those Seeking a Foreign-Service Career