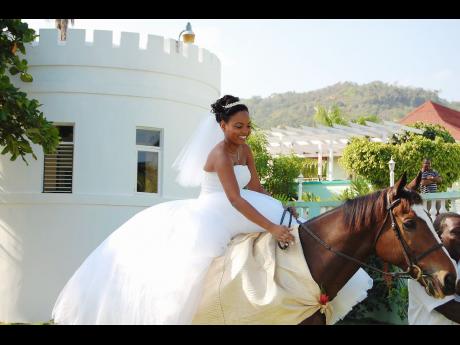 Jody Hussey arrives for her big day on horseback. 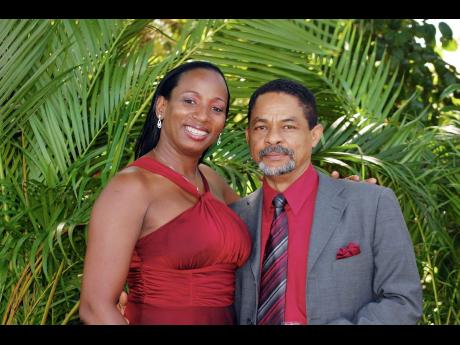 Aunt of the bride, Joy Clarke, and husband Maxim. 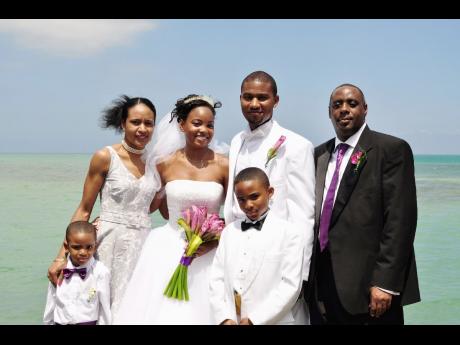 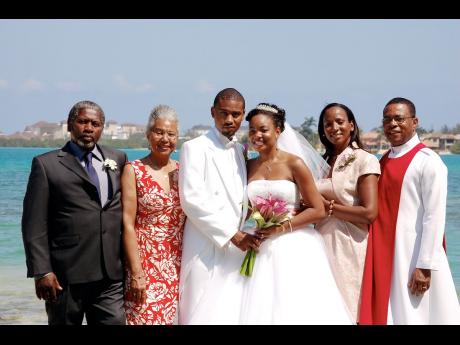 Newly-weds Carl and Jody Hussey and their parents (from left), Carl and Yvonne Hussey and Juliet Smith-McFarlane and her husband, the Reverend Dr Adrian McFarlane, pose for the camera after their children's wedding ceremony at the Emerald Escape Resort in Montego Bay two Saturdays ago. 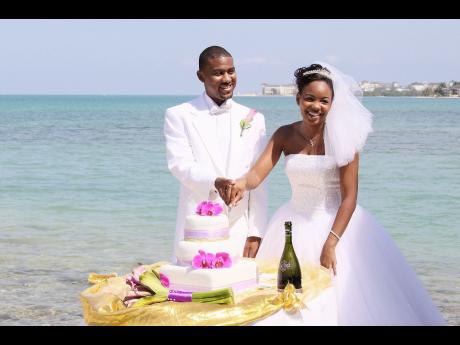 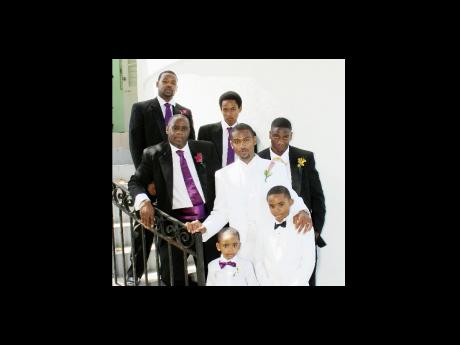 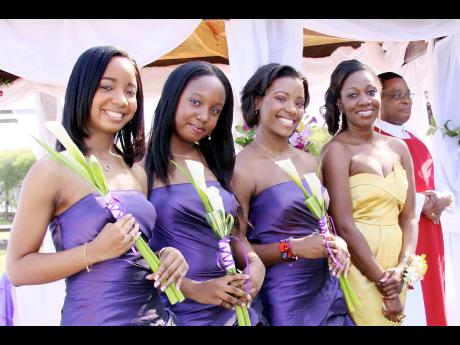 From left: Sisters of the bride, Sheri-Lee and Lee-Ann Smith, and fellow bridesmaids Tiffany Fletcher and Tenesha Hall with the Reverend Dr Adrian McFarlane. 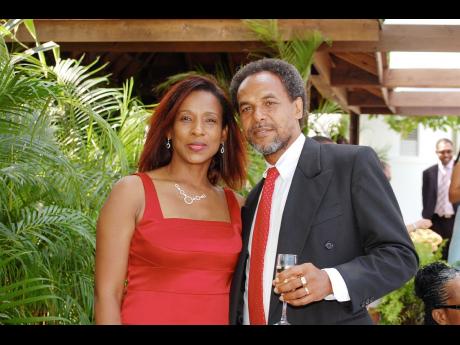 Jody Smith-Hussey made a majestic entrance on horseback and later sailed off in a speedboat with her 'prince', Carl Hussey, shortly after exchanging vows at the Emerald Escape Resort in Montego Bay, Saturday, March 27.

The final stop was a fabulous honeymoon suite at the Grand Palladium Resort and Spa in Hanover.

Having returned home from the United Kingdom with a master's degree in marketing from the University of Wales and a 'master' in shining armour, Carl - Red Stripe's new face in western Jamaica - Jody Hussey's mother, Juliet Smith-McFarlane's, gift to her daughter was an unforgettable fairy-tale wedding.

The 7:30 a.m. event was officiated by the bride's stepfather, the Reverend Dr Adrian McFarlane, while the groom's parents, Carlton and Yvonne Hussey, watched in awe.

The bride's aunt, Digicel's Joy Clarke, read what she described as the wedding story of a 'prince' and 'princess' who met in a 'chicken shop' in the United Kingdom, fell in love months later, then tied the knot after three years of commitment.

"As Jody stood there in an unfamiliar country, she felt a gloomy sense of desperation to go back to her homeland to the comfort of her 'palace'. Shaking herself back into reality, 'Princess' Jody reminded herself that it was her own choice to travel far away to pursue her studies. Now, as she looked at herself in the chicken shop, she laughed at the irony; how she longed for a little freedom to explore the world, make her own choices and take responsibility - and then she saw him - a fine lad. Something about him captivated her attention, their eyes met and she found herself blushing under the glare of his gaze," read Clarke.

The 'chicken shop' was the first meeting, but fate would have it, the two crossed paths again.

The rest is history!