Windies can win it, says Sarwan 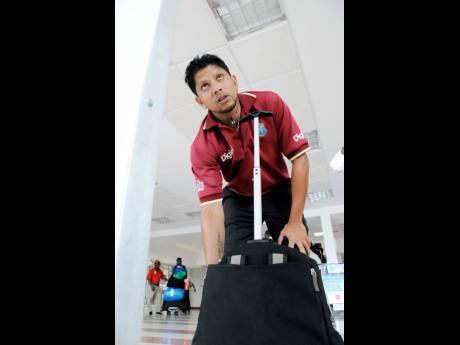 Former West Indies captain Ramnaresh Sarwan believes the regional team can go all the way in the April 30-May 16 ICC World Twenty20 championships, which will be hosted across the Caribbean. He is calling on fans to continue their support of the team as they look to end their trophy drought.

The West Indies have not won an international title since 2004 when they lifted the ICC Champions Trophy in England, but 'Sars' is confident that the cavalier nature of the Twenty20 format and the fact that they will be playing as hosts will do a lot to boost their chances in the competition.

Sarwan, who could only manage five runs on his return to competitive cricket during yesterday's Supreme Ventures Sports Betting Jamaica Cricket Festival match against Canada at the Trelawny Multi-purpose Stadium, summed up the team's chances ahead of the highly anticipated tournament.

We have a very good chance of winning this competition (ICC Twenty20). We are at home and that gives us an advantage," Sarwan offered. "What is important is that we play as a team and try and support each other as much as we can, whether it's in the field or when we are batting or bowling. That is something we hope to do and we hope we can do it on a consistent basis."

Sarwan, who has scored 5,706 runs at Test level from 82 matches and 4,907 in 152 one-dayers, is expecting the team to be driven by the regional supporters despite the team's lack of recent success.

"There will certainly not be a problem getting support from our fans. I think over the years, although we have not been at our best, the fans have been very supportive and I think they know that we need their support now," said Sarwan. "Hopefully, we'll be able to have a good showing and go all the way in the tournament."

The Guyanese stroke player, who is just finding his way back to fitness from a recent back injury, is hoping to use the Jamaica Cricket Festival to improve his sharpness and is hoping to make a statement throughout the series.

"This competition is very important for me. Of course, I haven't played for a while and I think it is presenting an opportunity for me to prepare myself for the upcoming games, but it's also very important for us as a team, and we are hoping to get something positive out of this," Sarwan added.

"Personally, I'm about 80 per cent or 90 per cent fit. I've been doing a lot of training for the last couple of weeks and I spent the last few days in Barbados with the guys and it went well.

"That really helped me. It's just a matter of getting to match fitness now and, hopefully, these couple games will help to get me there."