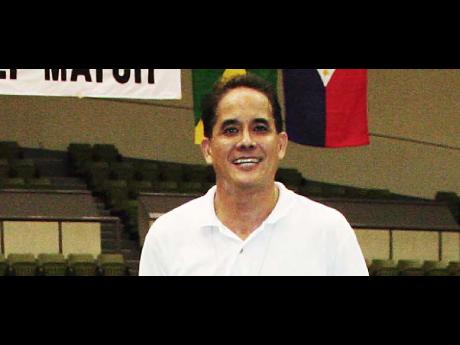 He is also overseeing the preparation of combined team stars Nicholas Dussard and Kenneth Edwards, hoping to see them qualify for the London 2012 Olympics, the arena where he believes martial arts will finally get the respect it deserves from local sporting authorities.

Pound for pound one of Jamaica's most successful coaches in any sport, in addition to keeping the combined martial arts team's winning streak intact, Chin has also guided the likes of Dussard, Edwards and Alrick Wanliss to world titles at the US Open and the International Tae kwon do Federation's (ITF) World Cup.

However, his work and achievements of the combined team continue to go largely unnoticed whenever sporting accolades are being showered on the nation's finest at the annual national Sportsman and Woman of the Year awards ceremonies.

Only once, in their six-year domination of international team fighting, have they been recognised, a merit award.

"I think they see martial arts as a small sport and don't pay much attention to our achievements, just not giving it the recognition it deserves," he told The Sunday Gleaner.

"Most of the other sports, apart from cricket, are Olympic sports but cricket is still recognised by the authorities.

"It's funny because martial arts, tae kwon do, is internationally bigger than cricket and is an Olympic event," Chin pointed out.

The 52-year-old has been practising ITF-style martial arts since 1975. However, Olympic tae kwon do falls under the World Taekwondo Federation (WTF), a different body and style of fighting.

He is hopeful, however, that the versatility of Dussard and Edwards will come through at the WTF Pan Am Games in 2011 or at that body's World Championships, also next year, both being Olympic qualifiers.

"We have two chances to qualify. We also have a chance, on individual performances throughout the year, to get wild-card entries," he pointed out.

However, Chin believes despite the difference in style and governing bodies, the combined martial arts team and its fighters, who win team and individual international ITF titles, should get their due.

He pointed out that the team's success has led to major recognition for Jamaica as the country will host the ISKA Gold Cup, a three-year franchise, starting this July at the National Indoor Sports Centre.

In addition, the success of the combined team has caught the ITF's eyes. Although it has not been formally announced, the 2014 Tae kwon do World Cup should be on Jamaica's shores with an expected 2,000 athletes in tow.

Chin, who started coaching the combined team in December 2003, getting victories over every major team in the world including Argentina, USA, Japan, China, New Zealand, England and, most recently, a coalition of Vietnam and Poland, has been practising martial arts since 1975.

It was under his guidance that the likes of combined team captain Jason McKay, Arthur Barrows and even the likes of veteran Herbert Stewart came to the fore.

McKay, founder and longest-serving member of the combined team, hailed Chin as not only a top coach but also a selfless man.

"He is, without a doubt, most committed to the sport. Despite not being a wealthy man, he has never charged a dollar to coach the combined or national tae kwon do team. It's people like Chin who deserve national honours for their dedication," he pointed out.