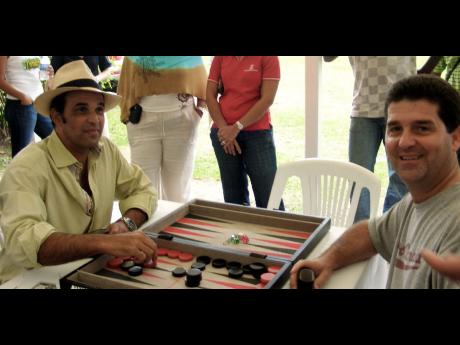 Defending champion Alastair MacBeath will be back to defend his title at the annual Strawberry Hill 'High Stakes' Backgammon tournament, set to take place on the weekend of April 16-18.

Twenty-two competitors will battle it out for approximately $2 million in cash and prizes. This year is the fifth staging of the tournament and the organisers have promised drama, suspense and excitement as MacBeath faces a number of top local players.

The Dickie Jobson Memorial Trophy will be up for grabs at the official tournament which starts at 10 a.m. sharp on Saturday, April 17, with preliminary rounds played throughout the day finishing approximately 6 p.m.

The knockout stage of the tournament resumes at 10 a.m. Sunday, April 18. Final rounds will continue throughout the day with the final heats taking place between 2 and 4 p.m. The event culminates with a gala prize-giving on the main lawns at 4:30 p.m.