Tina Fey and her Palin impression return to 'SNL' 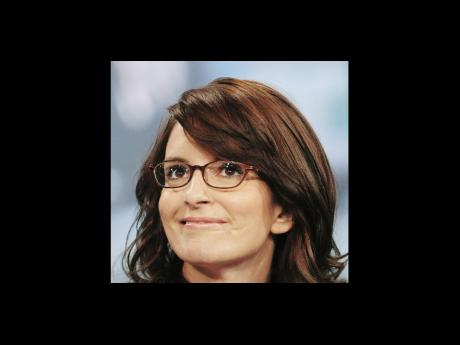 She's back and wearing leather. Tina Fey reprised her impression of Sarah Palin on Saturday Night Live (SNL) while hosting the NBC sketch comedy show last Saturday night. It was Fey's first performance as the former Alaska governor since her iconic impressions during the 2008 presidential campaign when Palin was the Republican vice-presidential candidate.

Appearing as Palin in a leather jacket with an American flag pin, Fey introduced a line-up of shows like Tea Party Wheel of Fortune (the puzzle read 'Obamar is a terrist'), Are You Smarter Than A Half-Term Governor? and 30 Main Street, a parody of her own 30 Rock.

Other fake shows included Hey Journalist, I Gotcha!, in which Palin re-edited interviews to make it look like her interviewers - such as CBS' Katie Couric - were "woefully unprepared". Also touted was a spin-off starring husband Todd Palin (played on SNL by cast member Jason Sudeikis) as a renegade police officer transferred from Alaska to New York.

Fey made four appearances in 2008 as Palin, earning her an Emmy last year for guest actor. She was also voted 2008's AP Entertainer of the Year. The 39-year-old comedian said the whole experience was 'a little overwhelming', but in a recent interview with The Associated Press, she said reprising Palin was 'inevitable'.

Shortly before the 2008 election, Palin made a cameo appearance on SNL alongside Fey. Afterward, Palin said she had fun on the show and would do it again if asked. In her memoir, Going Rogue, Palin wrote that she grew up watching SNL.

Fey, who was a cast member and head writer on SNL before leaving to create the comedy series 30 Rock on NBC, had plenty of other fodder for her second stint hosting SNL.

She played a new gum-smacking blond analyst for CBS' coverage of the Masters, claiming to be a former girlfriend of Tiger Woods.

Fey also appeared in a sketch with the show's musical guest, the 16-year-old pop sensation Justin Bieber. Fey played a lonely teacher haunted by sexual fantasies of the young Bieber.