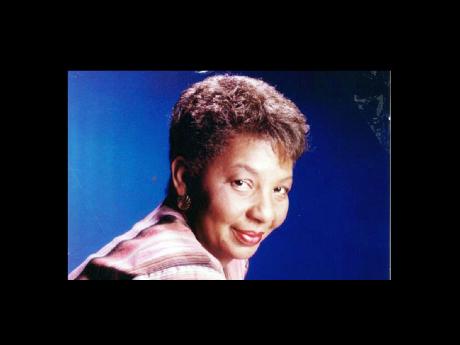 In recognition of Inter-American Year of Women, which was launched on International Women's Day (March 8), Flair Magazine will be highlighting everyday Jamaican Women who have done well and made their mark in their respective fields.

Norma Brown-Bell describes herself as a person fascinated with the communication process. From very early, she was drawn to extra-curricular activities, such as inter-house school debate competitions and the drama club, which she used as a medium to express herself.

Although Brown-Bell has been a member of the broadcasting fraternity since 1972, she values the public/private dichotomy. She underscores the importance of being a keen listener and observer as an important part of any dialogue. Her careful attention to details has influenced her personal and professional pursuits and has contributed to her numerous achievements.

She is a very proud past student of Wolmer's High School for Girls and values her ongoing service to the board of management and as trustee. She then went on to Durham College where she pursued a course in communication studies. Determined to excel in the area, Brown-Bell enrolled in the Career Academy School of Broadcasting, Radio and Television in New York. After 18 months she returned to Jamaicaat an opportune time when Jamaica Broadcasting Corporation and Radio Jamaica (RJR) were expanding to the FM band and secured employment at RJR.

The veteran broadcaster created history in being the first voice on the RJR FM frequency. Since then, she has held various positions of power and decision-making, including programme manager of FAME FM and executive director of RJR 94 FM. Her prowess in the area of broadcasting did not go unnoticed. In 2003, she was awarded the Prime Minister's Medal of Appreciation for service to Jamaica and the Order of Distinction - Officer Class, for service to broadcasting.

Brown-Bell attributes her success and longevity in the business to her treatment of others in the manner she would want to be treated, and opines that to garner respect you must show respect.

She notes that she has been fortunate to not have experienced gender discrimination in the workplace.

Her interests extend beyond broadcasting to include community advocacy and mentorship. A humanitarian, she believes that perhaps under slightly different circumstances, she would have had a fulfilling career as a social worker, and continues to help wherever and whenever she can without public attention.

She wears several hats including: vice-chair of the Lister Mair Gilby High School for the Deaf, and the Institute of Jamaica's Junior Centre programme. In addition, she is an active member of the Jamaica Sustainable Development Network. Brown-Bell derives immense gratification from contributing positively to the development of youth, and has a passion for empowering them to achieve their full potential. A sports enthusiast, she values her involvement in all types of outdoor sports with the exception of golf. A career educator, she is involved in ongoing learning and is determined to master Spanish and piano proficiently, as well as sign language to enhance her interaction with the hearing impaired.