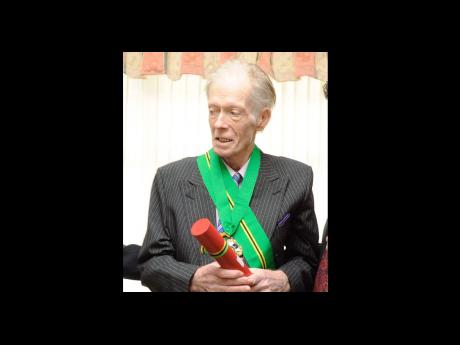 Financial expert and businessman Roy Collister, who was conferred with the Order of Jamaica on March 19, died yesterday morning at his home in Temple Mead, St Andrew. He was 74.

Collister, who was battling cancer, was a participant in the formulation of national policies which have influenced foreign exchange rates, tax reform and regional trade for many years.

He was a past president of the Jamaica Chamber of Commerce (JCC), head of the Private Sector Organisation of Jamaica, president of the Caribbean Association of Industry and Commerce, and a member of the Industry Advisory Council on International Business Services.

"The Jamaica Chamber of Commerce is deeply saddened by the passing of Roy Collister, who was a stalwart in the business community. Roy is one of these rare persons who served genuinely selflessly and was an advocate for policies that would encourage entrepreneurism and economic growth," he said.

A graduate of the University of Manchester, England, and a chartered accountant, Collister emigrated from British dependency, the Isle of Man, to Jamaica in 1959 to join T. Geddes Grant, where he climbed the corporate ladder to become chairman and managing director.

His expertise led him abroad as well, such as postings at The Republic Bank of Trinidad and Tobago, and the Washington-based Caribbean Latin-American Action Organisation.

At the time of his death, he was a director of Pan Jamaican Investment Trust, First Jamaica Investment Company, West Indies Alliance Insurance Company and Amalgamated Distributors.

Collister is survived by two sons, Keith and Paul, and his wife of 47 years, Sylvia.