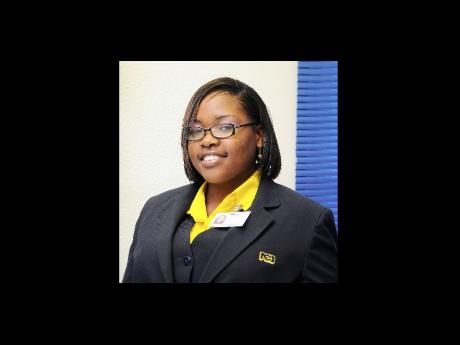 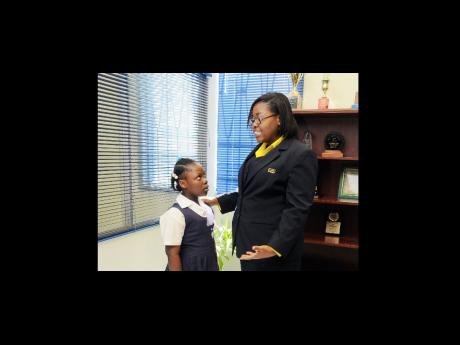 DESPITE WORKING way past her normal schedule some days, Lori-Ann Haye continues to devote a huge chunk of her time to community service.

The bank teller at the Morant Bay branch of the National Commercial Bank (NCB) has contributed a lot of her time to working with youths in Hampton Court, St Thomas, to help them achieve their educational pursuits.

"I assist a group of high-school students. I presently have two CSEC (Caribbean Secondary Education Certificate) students and three from the lower school, who I helped with all aspects of their schoolwork," she said.

Haye disclosed that she had been involved in community service through various means from an early age.

"I used to be involved in an elderly feeding programme through my church, where we fed a little less than a 100 persons," Haye noted, when speaking about her love for helping the needy.

"But not only that, when I was even younger my parents would send me with food for old people in the community, so it is something I have been doing for a very long time."

Her passion for community development earned her the Governor General's Award for Excellence for the parish of St Thomas in 2009.

This award is given to an individual who, despite coming from humble beginnings, has managed to achieve high levels of excellence in his or her educational pursuit and community service.

The past student of University of the West Indies holds a first degree, with honours, in economics. The 22-year-old teller has excelled in other areas as well, and aspires to reap great rewards in her job.

"I have a very strong drive. I have to succeed in life, so no matter what task I am given, I try to do it to the best of my ability and I just strive for excellence at all times," she told The Gleaner. "I do 101 per cent at all times."

She attributed her success to her Christian faith which, she said, caused her to strive for the top despite a few odds.

Haye lauded NCB for its staff volunteerism programme which, she said, strengthen her drive to take on community task.

"Her performance of her daily duties as a teller is kept at a very high standard," he said.

Haye joined NCB in October 2008. Richardson said during that period she excelled in her job and, as a result, emerged Employee of the Quarter for the period October 2009-December 2009.

"At NCB, we encourage all employees to support staff volunteerism initiatives in an effort to contribute towards the development of the communities in which we serve as an organisation," the manager said.

NCB's volunteerism initiatives include several programmes that allow employees the opportunity to assist with building communities and enhancing lives across Jamaica, particularly youth.

Over the past two years, NCB has been actively engaged in nation building through several staff volunteerism programmes. Since 2008, more than 300 employees across the island took time out of their busy schedules to participate in community initiatives.

'I have a very strong drive. I have to succeed in life, so no matter what task I am given, I try to do it to the best of my ability and I just strive for excellence at all times. I do 101 per cent at all times.'