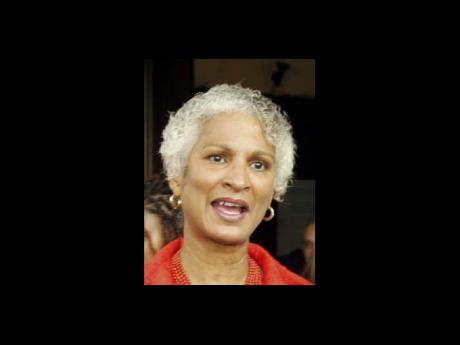 A Top CARICOM trade official is strongly defending the 2008 Economic Partnership Agreement (EPA) with the European Union amid recent suggestions that the agreement is not worth the paper it is written on.

"I don't know if anyone can really say with any conviction that the EPA is not working," said Ambassador Gail Mathurin, director general of the CARICOM Office of Trade Negotiations (OTN).

The agreement is still in the early stages of implementation, and CARICOM has a three-year grace period before it has to start lowering barriers to European imports.

"On that basis, given that we are still in the early stages of the EPA, I have some difficulty with an assessment which says it is not working," said the ambassador, a Jamaican who was named as head of the OTN last year, formerly the Caribbean Regional Negotiating Machinery.

"I don't think we are in a position, quite frankly, to make that kind of assessment because we have just started implementing," she said.

The EPA was initialled by CARIFORUM states in October 2008 in Barbados to govern future trade between the two regions.

Under the agreement, the European Union allows CARIFORUM - a 16-member bloc comprising CARICOM and the Dominican Republic - duty-free and quota-free access to its market in all goods and services, with CARIFORUM agreeing to open 80 per cent of its market to the Europeans.

Last December, the EU announced that it would be launching a €11.25 million (US$15 million) support programme within the first six months of this year aimed at enhancing the competitiveness of regional exports.

But former Caribbean diplomat, Sir Ronald Sanders, has been very critical of the EPA.

"Having conceded the opening of key areas of their economies to the EU under an Economic Partnership Agreement signed in 2008, the regional countries have no chance of bargaining for more advantageous conditions in the WTO," he said, accusing the EU of "holding a gun at the heads of Caribbean governments to either sign or have higher tariffs placed on their key exports".

Deputy OTN Senior Director, Carl Greenidge, said that immediately after signing the accord, the region got duty-free, tariff-free access for its goods into the European market - access which, he said, it did not enjoy prior to the enforcement of the agreement.

He also said development cooperation arrangements were ongoing, adding that the processes and cooperation in relation to services and trade are expected to accelerate.

Ambassador Mathurin said some member states were seeking to take advantage of the agreement but could not provide the specifics.

She stressed that free-trade arrangements and economic partnership arrangements are long-term pacts for which there are no overnight results.

In the case of the EPA, she said CARICOM now has a wider export market in Europe, but that the onus was on countries to take advantage of those instruments over time.

"In the context of trade agreements, this is a baby," said Ambassador Mathurin.

"This agreement is still a baby," she stressed.

'This agreement is still a baby.'