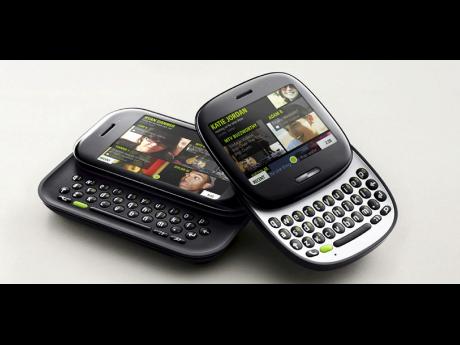 Microsoft Corp unveiled two cellphones Monday that are meant for social networking-savvy teens and 20-somethings in an attempt to revitalise its mobile business and regain ground on iPhones and BlackBerrys.

Microsoft said its new touch-screen phones - a short, square-shaped handset called 'Kin 1' and a longer, more rectangular one called 'Kin 2' - will be sold exclusively in the US by Verizon Wireless.

They are being made by Sharp Corp, which has produced Sidekick cellphones, whose software comes from Microsoft-owned Danger Inc.

In the past, Microsoft has mostly sold its mobile software to other companies to put it on phones they make. This will be the case with its recently announced Windows Phone 7 Series software, which is expected to be on handsets by the holidays.

The Kin phones mark a departure, as Microsoft has sway over the creation of their software and hardware.

Verizon said it will start selling the Kin phones online in early May and in stores shortly thereafter.

In the fall, carrier Vodafone Group PLC - which owns Verizon Wireless in partnership with Verizon Communications Inc - will start selling the Kin phones in Italy, Spain, Germany and the UK.

Microsoft has not yet announced prices.

Roz Ho, leader of the Microsoft team behind the Kin, said the company has been working on the Kin devices for several years, trying to create a handset for people who especially want to connect with others over social websites such as Facebook.

The phones are also meant for people who want a handset that works simply without forcing them to hunt through menus and icons, she said.

That set-up could also present a risk. Unlike most popular smartphones, the Kins won't have access to application stores that let customers download add-on software programs.

Ho said her team studied consumer habits and then built the activities they used most often into the Kin phones.

For instance, in a demo for The Associated Press, the Kin's home screen showed a live stream of updates to social networks and websites that can be clicked on and responded to.

Users can send photos and other material to people dragging it on to a little circle at the bottom of the screen. A finger swipe across the screen can then bring up a page with applications such as photos and music.

The music player will be based on Microsoft's Zune software, which until now has been only a stand-alone media player.

The Zune software also will be incorporated into the Windows Phone 7 handsets that multiple manufacturers will be able to use.

Neither has a memory card slot; instead, the phones will upload content such as photos and videos to a Kin online storage service to free up memory.