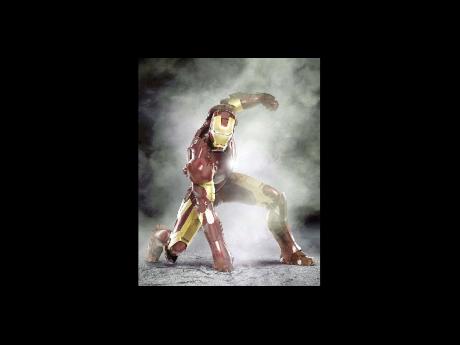 Hollywood heroes are expanding their age demographic this summer.

With a new karate kid, a middle-aged iron man, the return of the schoolgirl-teen wolf-vampire love triangle, and a 1,500-year-old sorcerer, studios seem to have something for everyone from nine to 999.

The busy season starts May 7 with Robert Downey Jr in heavy-metal mode again in Iron Man 2, as the billionaire inventor-turned-superhero fights public pressure to share his technology and faces a new enemy (Mickey Rourke) with his own arsenal of gadgets.

Things never get easier, for an action hero or an actor hoping his sequel can outdo his blockbuster original.

"I just thought it was going to be easier and more fun but, I thought, you know what? Maybe you've got to really roll up your sleeves," Downey said. "We had to really, really, really redouble our efforts to kind of make it something that seemed it would stand next to the first one."

Hollywood's onslaught continues with something new on the action and fantasy front virtually every weekend.

Other old friends: The A-Team (June 11), an update of the TV show with Liam Neeson, Bradley Cooper and Jessica Biel in a tale of ex-Special Forces soldiers trying to clear their names after being framed; The Last Airbender (July 2), M. Night Shyamalan's adaptation of the TV cartoon about a youth with mystical powers that can reunite four warring nations; The Karate Kid (June 11), a remake starring Jaden Smith as an American youth who becomes a martial-arts underdog with help from an unorthodox mentor (Jackie Chan); and Robin Hood (May 14), Ridley Scott's new take on the 13th century hero, with Russell Crowe as the wily bandit and Cate Blanchett as Maid Marian.

Scott said he aimed to tell a story about a real man coming home to England from the wars, rather than the glossy legend that Robin Hood has become.

"He's a guy who's been on the road, as opposed to a guy walking around with a feather in his hat and wearing a little green skirt. I never liked that Robin Hood. I couldn't buy it," Scott said. "The film starts to build the process of how Robin becomes Robin Hood. In a funny way, it's like a prequel to Robin Hood."

Amid the familiar titles, Hollywood has a few new heroes coming. Angelina Jolie stars in Salt (July 23) as a CIA agent out to prove her innocence after a defector denounces her as a Russian spy.

Also on the run is Jake Gyllenhaal in producer Jerry Bruckheimer's video-game adaptation, Prince of Persia: The Sands of Time (May 28), about an adopted royal falsely accused of murder and battling for a magic dagger that can alter time.

Nicolas Cage reunites with National Treasure creators Bruckheimer and Jon Turteltaub for The Sorcerer's Apprentice (July 16), playing an ancient wizard who takes on a protége (Jay Baruchel) in modern times to fight a scheming enemy.

Tom Cruise and Cameron Diaz join up for Knight and Day (June 25), an action comedy about a rogue agent who drags a bystander into a deadly globe-trotting adventure of car chases, gunplay and, of course, unexpected romance.

"There's a moment where he could let me go out of it. It's this moment that he decides. This is where the love story comes in," Diaz said.

Since Nolan conceived the story a decade ago, technology has advanced in a way that makes the central notion - sneaking into other people's minds - more resonant for audiences, he said.

"There are concepts in the telling of the tale to do with alternate realities, to do with the way you would navigate through somebody else's mind, that are very analogous to the way that you use even your iPod or menu systems. The way the Internet links people together," Nolan said. "I think it was a more alien idea 10 years ago."