Chin: I was unaware of plans to drop charges 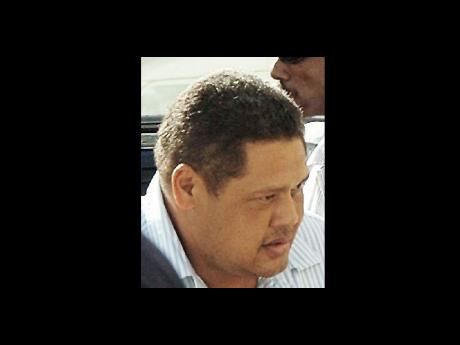 Rodney Chin yesterday denied he had known that charges against him would be dropped when he became a star witness for the prosecution in the latest instalment of the Cuban light-bulb trial.

Chin, who was being cross-examined by Patrick Atkinson, defence counsel for former Junior Energy Minister Kern Spencer, said he was not advised by his lawyers that if he gave a statement he would become a potential witness or that the charges would be withdrawn.

Chin reiterated that he came forward because he decided to tell the truth and "take any punishment that is coming because of my involvement or non-involvement".

Chin also testi-fied that he did not manipulate any of the recor-dings on his phone by way of Bluetooth technology.

Chin made recordings which allegedly have him and Spencer discussing matters relating to the Cuban light-bulb project. Twenty-seven of these recordings were admitted into evidence and played earlier in the trial.

Chin rejected suggestions by Atkinson that he had spliced and edited some of the recordings and that he was lying about not doing it.

Chin, who at times held the upper hand during the exchange, also said he did not ask what was the purpose for more than 300 blank cheques which he signed for companies associated with the light-bulb project because he did not stand to benefit from it.

Chin said: "I did not put a dollar in, therefore I did not expect a dollar" from signing the blank cheques.

Chin, who was once accused with Spencer and Coleen Wright, admitted he received more than $371 million in government contracts, while he was an accused in the light-bulb trial. Atkinson also pressed Chin on whether he knew that if he were convicted, he would be disqualified from receiving government contracts. To this, Chin admitted he knew.

Spencer and Wright are alleged to have benefited improperly from the implementation of the Cuban light-bulb programme.

They are also charged with money laundering and corruption.