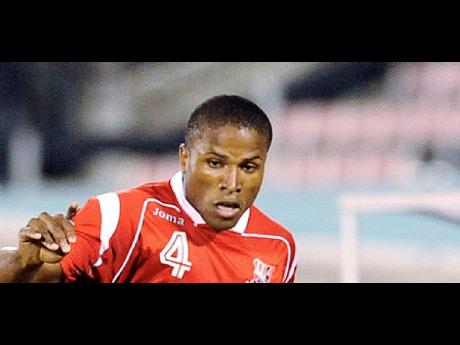 St Georges Sports Club kept up their pursuit for a third-place finish in the Digicel Premier League by blanking Boys' Town 2-0 in a late game at Lynch Park, Buff Bay, on Sunday night.

Jermaine Taylor headed St Georges into the lead at the 78th minute and Romeo Parkes scored the other goal at the 82nd.

"It's a smart win and we will be aiming to finish among the top three in the elite group of six," said Braxton Hyre, St Georges' coach.

The win lifted the Portland team above Boys' Town into fourth place, in the elite group of six, with 47 points, three behind Waterhouse who were beaten 1-0 by title challengers and defending champions Tivoli Gardens.

The latter, on 66 points, are involved in a two-team battle for the championship with Harbour View, who lead with 67. Four rounds of matches remain.

Boys' Town are fourth on 45 points.

"It's good to see national defender and captain Jermaine Taylor once again getting on the scoresheet and leading from the front by example," added Hyre. "We have a quality team, but scoring has been our biggest enemy yet. But the guys got it right this time around and I am happy."

Taylor had scored in St Georges' previous match against Waterhouse.

Early in the period, Irving and Parkes found themselves on the end of good passes, but were unable to beat Philmore Crumbie in goal.

A tense calm prevailed throughout Lynch Park among spectators as they wondered whether or not the deadlock would be broken.

Then in the 78th minute, a curling corner kick from Dwayne Holmes was met by the unmarked Taylor, who directed his header past Crumbie, who, up until then was having an outstanding game.

In the 82nd minute, Irving picked up a ball close to the half line, dribbled by two opponents and passed to the unmarked Parkes. He then dismissed two defenders, before firing past the advancing Crumbie for a 2-0 lead.

It proved a little too late as, by then, Georges had done enough to ensure victory.

"We played well but were too relaxed in the second half," said Price. "Georges were given too much space, which accounted for the first goal.

"We have a young team and I think they did very well," he added.