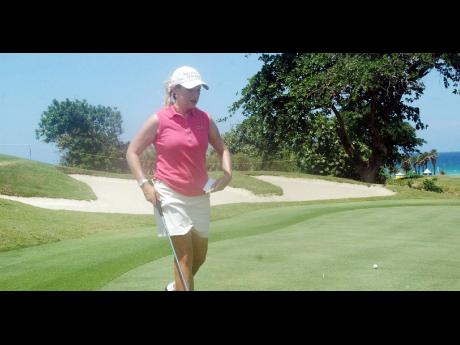 Eleven-time LPGA champion Christie Kerr going through her paces during a practice round at the Cinnamon Hill Golf Course in Montego Bay yesterday. - Adrian Frater photo 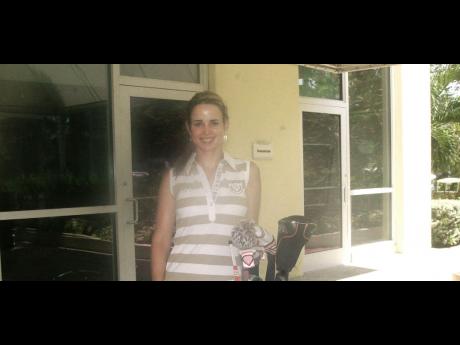 Spanish golfer Beautriz Recari, who qualified for the tournament via an online 'fan choice' voting competition, holds her golf bag on her way to the course at the Cinnamon Hill Golf Club yesterday. - Photo by Adrian Frater
1
2

The inaugural Ladies Professional Golf Association (LPGA) Mojo 6 Raceway Golf Tournament, the biggest international tournament to be staged in Jamaica in over a decade, will tee off at the Cinnamon Hill Golf Course in Montego Bay at 7:30 this morning, with first-day action in the two-day Pro-Am phase of the tournament.

"We are all happy and excited, it is so good to be in Jamaica at this time," said Joy Stephenson, president of Mojo 6. "The players arrived in the island yesterday morning and so far all the comments I have heard are quite positive. This is going to be a fantastic tournament for Jamaica."

The main part of the tournament is the two-day Mojo 6 Raceway showdown, which will feature16 of the top female golfers on the LPGA circuit, vying for a top prize of J$1million. It will be staged on Thursday and Friday.

The Pro-Am, which will feature both male and female players, will see the 16 LPGA professionals joining forces with the amateurs in 16 groups of four players - one professional and three amateurs.

When The Gleaner visited the Cinnamon Hill Course yesterday it was buzzing with excitement, as the golfers engaged in practice rounds to familiarise themselves with the scenic seaside course.

"It is a pleasure to be here and I am absolutely loving it," said 11-time LPGA champion Christie Kerr. "The atmosphere is quite good and I am confident I can do very well here."

Christina Kim, a two-time LPGA champion, said she was most enthused to be taking part in such an innovative tournament which, based on its fast-paced nature, will fit both her style and her bubbly personality.

"I am here to win, no doubt about that," said Kim, who is based in California. "I particularly like the fact that it will offer me an opportunity to challenge the best players in the world in this new and exciting format of the game."

Spanish golfer Beautriz Recari, who qualified for the tournament via an online 'fan choice' voting competition, said while she was here to win. part of her dream is to meet her favourite athlete, World and Olympic 100m and 200m champion and record holder Usain Bolt.

"I am here for the tournament and I am very focused on that," said the 22-year-old Recari. "However, I would dearly love to meet Usain Bolt ... I think he is great sprinter and he is so cool."

Based on the organiser's plans, Recari could well get her wish as, according to Stephenson, Bolt is among a group of local celebrities expected to attend the tournament on Friday.