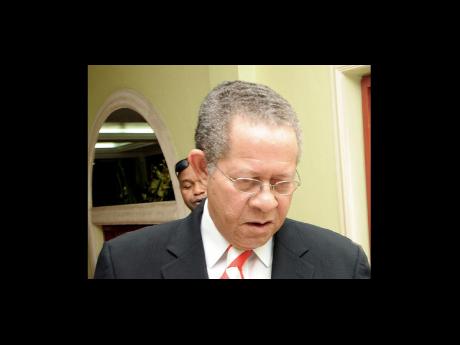 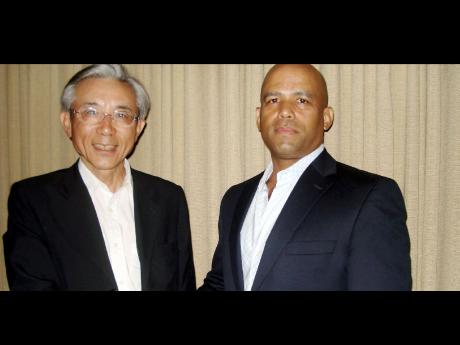 Aluminum Corporation of China Limited (CHALCO) is preparing to invest big in Jamaica's bauxite - and possibly the intricately linked energy sector - a deal that would lead to the divestment of more bauxite assets, well-placed sources say.

Prime Minister Bruce Golding met with officials from CHALCO and China Development Bank (CDB) at Jamaica House on Monday morning for a more precise reading of the company's plans, which two sources tell Wednesday Business includes US$1.5 billion of investment to be rolled out over time.

"The quality of the bauxite in Jamaica is good, but I understand from my investigation that the energy pricing in Jamaica is not competitive. If CHALCO can improve that, it would be good competitiveness in Jamaica Lou Jianchuan, executive director and president of CHALCO told Wednesday Business through an interpreter following the meeting with Golding."

Chalco, a top producer in the alumina and aluminium markets, is owned by three Chinese firms, of which state-owned Aluminum Corporation of China (CHINALCO) is controlling partner. CHALCO trades on exchanges in Hong Kong, mainland China, London and New York.

Luo, the leader of the delegation which included CDB assistant governor J.P. Zhao, said Golding's plan to intensify Jamaica's energy policy "would be a big boost to what we want to do here."

Luo was unwilling to say what assets he was after here or the size of the investment under consideration, saying his company was doing its feasibility studies, but two sources - one from the top echelons of the mining sector - said CHALCO was going after Jamaica's 51 per cent stake in Noranda Bauxite Limited, formerly St Ann Jamaica Bauxite Partners - and potentially more, and that the deal was worth at least US$1.5 billion.

The other 49 per cent of Noranda Bauxite is owned by Noranda Aluminium Inc of the United States.

Previous foreign owners of the St Ann based operation have included Kaiser and Century Aluminum.

Jamaica is in the process of building out a new natural gas policy project, which includes the creation of a floating LNG platform from which supplies would be piped onshore to fuel bauxite plants.

Well-placed sources say Petroleum Corporation of Jamaica has settled on a winning bid from the four tenders received from joint venture partners Korea Gas Corporation and Samsung Corporation of Korea, Hoegh LNG and BW Gas both of Norway, and Belgian firm Exmar, to finance, construct and operate the LNG Floating Storage and Regasification Unit (FSRU).

But neither the energy ministry nor the Petroleum Corporation of Jamaica would comment on the selection for the estimated US$300 million project.

The announcement will be made during the Budget Debate, likely on Tuesday by Golding, sources said.

Energy officials estimate that it will take investment of up to US$4 billion in bauxite and energy to reposition bauxite as a strong sector, and that some of the spend would have to be targeted to the energy side to provide a cheap source of fuel.

LNG fits that bill for Jamaica, but plans to create the infrastructure were derailed in the past decade, putting a US$1 billion expansion project for Jamalco on hold.

Jamalco is owned 45 per cent by Jamaica through Clarendon Alumina Production Limited and 55 per cent by Alcoa Inc, a strategic partner to CHINALCO.

Alcoa representative and managing director of Jamalco, Jerome Maxwell, was present at the Jamaica House meeting.

Another Chinese company Hong Fan Trading is finalising a deal to acquire Jamaica's 45 per cent of Jamalco, a 1.4 million capacity refinery.

Under its partnership agreement with CAP, Alcoa reportedly has the right to match any offer for Government's stake, but neither Maxwell nor communications director Leo Lambert returned calls for comment on whether the option would be exercised.