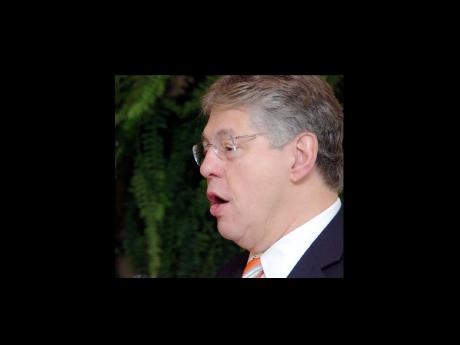 There is no uptick just yet in consumer confidence in Jamaica despite signs elsewhere in the world that the worst manifestations of the global economic crisis are beginning to recede, the quarterly consumer and business confidence survey has shown.

Jamaican consumers were even more depressed about the general economic outlook during the first three months of this year than in previous quarters, with the Professor Richard Curtin-led survey recording the second lowest consumer confidence level for the past decade.

Business confidence also remained at low ebb, registering a slight decline among Jamaican firms over the last three months, although entrepreneurs are hanging some hope of the International Monetary Fund (IMF)-imposed macroeconomic programme the Government is now pursuing.

Professor Curtin, head of the Survey Research Centre at the University of Michigan, in presenting the findings of the Business and Consumer Confidence Indices Survey in Kingston Tuesday, said consumer confidence declined because of concerns about future job and income prospects.

"Business firms had focused on the end point of these policies of the IMF restrictions," Curtin said.

"It will improve economic prospects going forward," he suggested, while addressing a press conference at the Terra Nova All Suite Hotel.

The researcher noted that while some consumers accepted the possibility of improvement under the IMF dictates, they remained more focused on the pain involved.

These issues, according to Curtin, resulted in the Index of Consumer Confidence falling 11.3 points to 90.8 in the first quarter this year, from 102.1 in the fourth quarter of 2009.

"This is a significant decline and you can see that business firms are down this quarter, but they are not down as much as consumers especially compared to a year ago," Curtin pointed out.

Most Jamaicans, he said, were expecting that their living standards would be lowered, as they faced rising taxes and higher prices. Curtin noted, however, that the outlook for jobs remained the bleakest on record for the second quarter running.

He said among all respondents in the consumer survey, 93 per cent reported that jobs were scarce. He noted that this was the highest percentage registering that particular response in the history of the survey.

At the same time, only 17 per cent anticipated better job prospects, a clear six percentage points down from 23 per cent who did in the prior quarter.

Consumers also had a bleak outlook for their personal finances but reported that spending plans remained steady with purchase plans for motor vehicles at 17 per cent, unchanged from a year ago, and home-buying plans at eight per cent, down slightly from 11 per cent.

Curtin has reported what he described as, "mixed changes" in the drop in business confidence.

"The economy is somewhat better than they had expected or they may have thought in the last quarter, according to most business firms," he said.

In keeping with the still-dampened general commercial mood, most firms polled expressed disappointing profit gains. Some 37 per cent of those surveyed reported that their profits were less than expected.

"I think most firms made a mistake that we share worldwide. They didn't expect the downturn to be either as quick or as deep as it was," said Curtin.

"That caught them by surprise. They tried to cut back but they couldn't cut back fast enough to protect their profits," he concluded.

Business firms are, however, expecting the economy to pick up, even as they had reservations about the pace of the recovery, citing the ongoing worldwide economic crisis, and the possibility that the Jamaican government could deviate from its current economic programme.

These reservations were, in the main, not sufficient to dampen the business people's optimism about investment plans. About 39 per cent of the firms reported making positive investment plans, up from 30 per cent in the prior quarter and 29 per cent a year ago.

The companies and their owners are generally expecting lower profits and a worsening overall financial balance sheet this year.