Will the real Wailers please stand up? 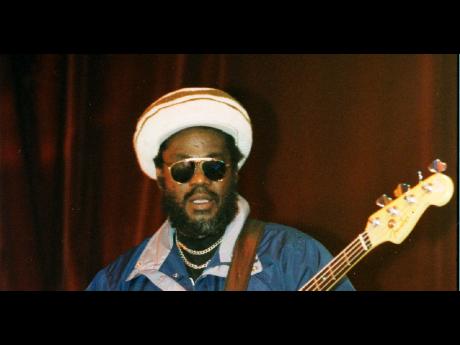 It seems there is never a dull moment with legendary reggae band The Wailers. In an interview with an American newspaper, the group's bass player, Aston 'Family Man' Barrett, took some shots at another band touring as the Original Wailers.

"We are The Wailers. Anything that is Wailers, we are," Barrett told South Carolina's Charleston City Paper in an interview published Monday. "They are trying to fool the public. They are bad news. They know that if Family Man is not there, it's not right. Don't let them fool you," he added.

Barrett joined The Wailers in 1972 when the band included original members Bob Marley, Peter Tosh and Bunny Livingstone (Wailer). He is the only member from its classic line-up of the 1970s still in the current band.

The Original Wailers contains three members who recorded and toured with Marley in the 1970s. They are guitarists Al Anderson and Junior Marvin and keyboardist Earl 'Wya' Lindo.

Anderson and Lindo first joined The Wailers in the early 1970s while Marvin entered the picture in 1977 when Marley recorded his epic Exodus album.

Interestingly, both versions of The Wailers are scheduled to perform in South Carolina this week.

The bands have little trouble getting shows. They have done dates in Europe, North America and the Pacific to enthusiastic audiences.

Former Wailers keyboardist Tyrone Downie told The Gleaner last year he is not surprised that both bands are popular.

"Once the people hear Wailers they don't care who's playing, they're going to come out and see," he said.

Barrett's band remains one of the best touring units in reggae, much in the mould of legendary rock band Grateful Dead, which toured relentlessly and played to massive crowds despite not recording new material.

The Wailers and the Original Wailers are currently touring the United States.

Barrett was Marley's musical director in The Wailers from the early 1970s until his death from cancer in 1981. He is also credited as writer of Marley songs like Rebel Music and Who The Cap Fit.

Although there have been many personnel changes, the band has continued to tour and record. They enjoyed a revival in 2008 by making the American country charts on country star Kenny Chesney's song, Everybody Wants to be in Heaven.