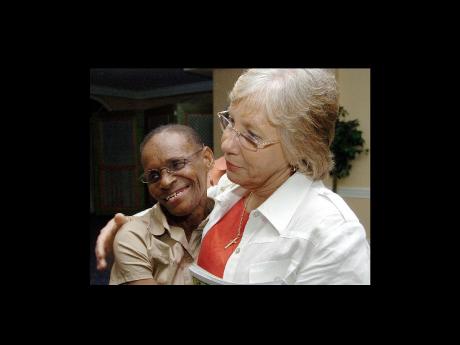 THE SUPREME Court has struck out the claim brought by Millicent Forbes, the mother of 13-year-old Janice Allen, who was challenging the director of public prosecutions' (DPP) decision not to prosecute the policeman who was charged with her daughter's murder.

Supreme Court judge Patrick Brooks dismissed the claim on the grounds that it had no reasonable prospect of success.

Forbes was seeking to go to the Judicial Review Court to quash the DPP's ruling not to prosecute Constable Rohan Allen. Constable Allen is not related to Janice.

DPP Paula Llewellyn had ruled in May last year that, having examined all the material in the case, the Crown would not be in a position to establish a case against the policeman.

After leave was granted for Forbes to go to the Judicial Review Court, the DPP, who was the defendant in the claim, applied to have the request rejected.

The judge said he found that the DPP's decision was comprehensively reasoned, and addressed the critical issue of the probability of a successful prosecution. The judge stressed that a person should not be forced to go through the rigours of a prosecution and trial, "where the evidence is plainly insufficient just to appease public indignation, however rightly held".

The DPP had said the Crown would not be able to establish a link between Constable Allen and the M16 firearm from which the fragments of bullets were found in the girl's body.

Allen was shot dead at her gate in Trench Town, west Kingston, on April 18, 2000. The police reported that she was shot during a shoot-out with gunmen.

Brooks said he would not award legal costs against Forbes as he did not find her claim to be frivolous or vexatious.

Constable Allen was charged with murder, but was freed in March 2004 after a jury was directed to return a formal verdict of not guilty.

The acquittal was based on false information that a policeman who was a vital witness in the case was off the island and would not be returning. The policeman subsequently returned to the island.