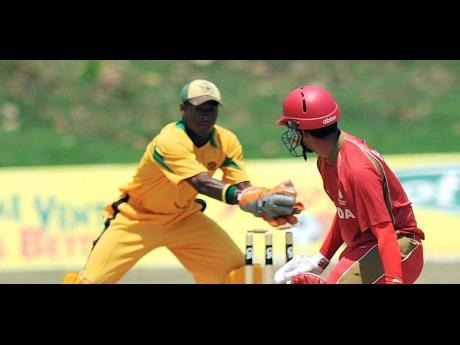 Coach Junior Bennett said Jamaica's recent participation in the ongoing Supreme Ventures Sports Betting (SVSB) Jamaica Cricket Festival was a welcome shot in the arm for local cricket, as it provided valuable exposure for players, outside of the traditional regional competitions.

In the opening game of the event, they played out to a draw with Ireland in a three-day fixture at Chedwin Park, before going on to defeat the same opponents and Canada in two one-day contests at Port Rhodes Sports Club in St Ann.

They also played Ireland in a Twenty20 fixture last Saturday, before winning their final match, another Twenty20 clash, against Canada a day later at the Trelawny Multi-Purpose Stadium.

"We welcome events like these outside of normal competitions as it allows players to remain active and competitive," said Bennett.

"It was good exposure for the players, especially the younger ones, and a good opportunity to play some quality cricket," he added.

Bennett, who said the team will next turn their attention to preparations for an upcoming regional Twenty20 championship in July, also said that a couple of players used the opportunity to enhance their stocks going forward.

"It was all positives. There were a number of individuals who played well. Russell in particular was outstanding in the three-day match, Santokie did extremely well in both the one-dayers and the Twenty20s, and Danza Hyatt was consistent throughout," he noted.

"Spinners Odean Brown and Bevon Brown showed that coming out of the regional four-day tournament they are still on form; youngster Akeem Dewar grabbed four wickets on debut; and Kemar Marshall, another debutant, came in and looked the part, both with the bat and behindthe stumps.

"So all in all it was a good festival for us. We just now have to wait and see for the regional Twenty20 dates, so that we can start preparations."