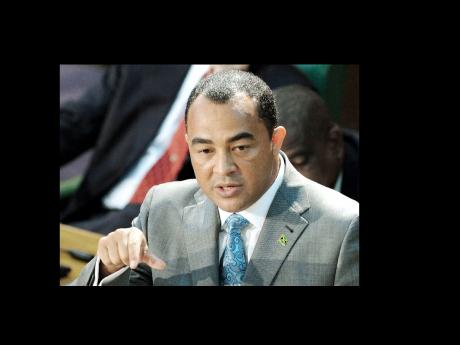 Last year saw a decrease in the import bill as production of domestic crops went up. However, Minister of Agriculture and Fisheries Dr Christopher Tufton said if the drought continued, productivity would be affected.

According to Michael Price, director of the Ministry of Agriculture's Databank and Evaluation Division, the cost of imports decreased from $866 million in 2008 to $802 million in 2009, and domestic agricultural production, inclusive of domestic crops such as potatoes and yams, went up 22.4 per cent in 2009.

The ministry's permanent secretary, Donovan Stanberry, at Tuesday's 'Good practices for participation in SPS Forums' workshop, said these numbers are a result of the ministry's efforts to encourage Jamaicans to eat more local produce under the 'eat what you grow' mantra.

"The figures will show, in absolute terms, the import bill went down in 2009 in comparison with 2008.

"Not only has the value gone down, but the volume too," Stanberry said.

However, the drought could dampen the country's agricultural productivity if it does not end within the next two months.

"We hope the drought will break in less than two months and normality will be restored.

"It is raining now and we've seen some water on the ground in some areas," Tufton said.

Despite the dry spell, the minister pointed out that the country had experienced more land usage, especially in the drier areas of the country.

"Substantially more acreage was put into production last year when compared to the year before," he said.

The National Irrigation Commission lands, with their own irrigation structure, have also joined production.