Bacchanal is not carnival 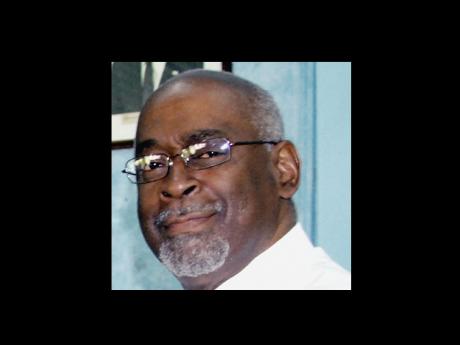 Keith Noel is an educator.

Carnival, in many ways encapsulates much of the culture of Trinidad and Tobago. It is a vibrant exposition of a people's culture and, because it has its roots in African traditions brought over to the New World by the slaves, it resonates with black people everywhere.

Carnival is more than 'bacchanal, fêtes and a street parade. It was introduced to Trinidad around 1785 by French settlers.

Slaves were also allowed to celebrate, so they used the opportunity to practise their rituals and maintain their link with their spiritual homeland by parading through villages in traditional costumes and masks. They added humour by caricaturing their masters' behaviour. After slavery, the celebrations became more ornate as they drew upon all of their creativity to depict other things apart from their ancestral figures and caricatures of the whites.

By the 1960s the East Indian population had begun to participate fully in carnival and their culture began to impact on the nature of carnival. Trinidad carnival blossomed into a magnificent 'street theatre' with elaborate headdresses and costumes and 'artists of the carnival' like Peter Minshall emerged. Minshall became world-famous for his 'dancing mobiles' or 'moving sculptures', a form of performance art that combines the three-dimensional quality of large-scale sculpture with the dramatic and choreographic expressiveness of a live human performer. Minshall was hired to create a number of them for the opening ceremony of the Barcelona Olympic Games.

The steelband had a similar history. After slavery, when the playing of drums was banned, the blacks created the tamboo bamboo, a rhythmic ensemble made up of bamboo joints beaten together and pounded on the ground. Biscuit tins and dustbins were crafted into instruments, becoming the first 'pans.'

With the coming of the oil industry, they discovered that the oil drum, burnt to temper the steel and pounded into a convex shape, made a useful instrument. The simple 'ping-pong' was invented. In time, this rapidly developed into the modern reality of steelbands, with over a hundred players creating some of the most exciting music in the world.

Calypso grew from the exploits of the 'Chantuelles' in the tenement-yards of Trinidad. At carnival time, the chantuelle (or 'chantwell') would compose verses for the yard's entertainment.

These 'kaiso' (later called 'calypsos') were rated for their wit, their incisive social commentary, and their mastery of the double entendre. Singers had 'calypso sobriquets' like Lord Executor, Atilla the Hun, or the Roaring Lion, which indicated fierceness or 'nobility'.

These calypsonians composed on topics ranging from local scandals, world politics and relationships between men and women. They were rated for their perceptiveness, imagination, diction and wit, and their ability to employ irony, innuendo and double entendre.

In the 1960s, to gain 'international' in its appeal, an effort was made to develop a beat which would attract young American audiences. The 'so' from the word 'soul' (which to the Trinidadian symbolised all US music was joined to the 'ca' from the word calypso) and the new, bouncy, 'soca' was born which focused on rhythm and not lyrical content.

In Trinidad, as carnival approaches, the celebrations culminate in the Saturday night 'Dimanche Gras' shows where the steelbands, the King and Queen of the costume 'bands' and the calypsonians all compete for their respective titles.

On Monday, they take to the streets for J' Ouvert (Jour ouvert - the 'opening' of the day) when we sometimes see those traditional costumes that still are extant. On Tuesday the season culminates in a splash of colour and creativity

In recent years, the capitalist urge has led to a number of designers outfitting their groups in pretty but skimpy clothing and although their groups are still colourful, one associates them with this rather than with their artistry. The celebratory, highly sexualised, aspect of the celebrations are also a focus. It is this 'branch' of carnival that was 'transported' to Jamaica and has become very popular.

This is an integral part of carnival, but when it is the only focus and the cultural aspects are removed," it en really canaval yuh have! So dat is why I, a big, big Trini, not in dat!"