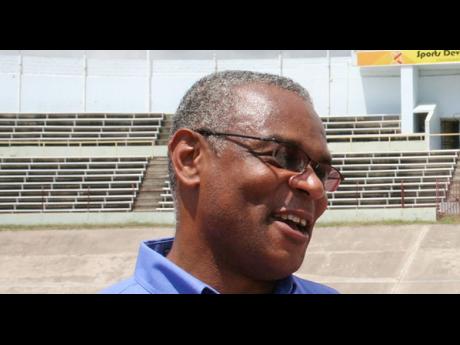 Kingston Mayor Desmond McKenzie is reiterating that no permit will be granted for major sporting events at the National Stadium because "real and frightening" safety concerns have not been addressed.

In order to get a clearer picture, representatives of several government agencies will conduct what has been called a "major inspection" of the 48-year-old facility next Thursday.

McKenzie told reporters recently that there were exposed electrical wires in several areas and that this was just one of 19 safety concerns highlighted by the Jamaica Fire Brigade from as far back as 2008.

Another one of those concerns, the mayor said, is that the gates to the stadium are padlocked, but the keys are not easily accessible.

"I am standing by my statement that the National Stadium is a death trap. Anybody who uses it will tell you," he told reporters this week.

Despite the mayor's concerns, Bruce James, one of the organisers behind the University of Technology Track and Field Classic, scheduled for the National Stadium this Saturday, said they have secured a permit for the event.

World champions Shelly-Ann Fraser and Melaine Walker, and former world record holder Asafa Powell are some of the athletes down to perform, but James said the meet was not expected to draw the large crowd that attended the ISSA/GraceKennedy Boys and Girls' Athletic Championships.

Major Desmon Brown, general manager of Independence Parks Limited, said they, too, have concerns about "some other issues", but noted that he disagreed with the mayor on the safety of the structure.

He said, however, that some of the concerns raised by the Jamaica Fire Brigade have been addressed, but cautioned that everyone "wait until the inspection is completed to see where we go".