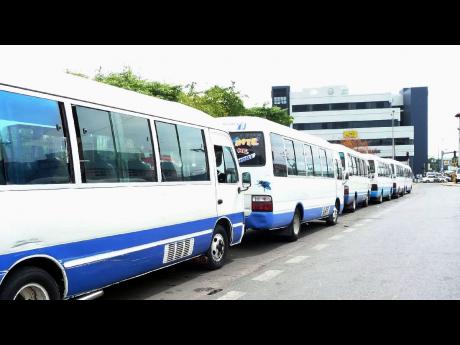 The recently increased fare structure which was granted to the Jamaica Urban Transit Company (JUTC) is also applicable to other bus operators within the Kingston Metropolitan Transport Region (KMTR).

A release from the Ministry of Transport on Tuesday explained that this is because the fare structure applicable to the JUTC, which holds the exclusive operating licence for the KMTR, is automatically applicable to the bus operators who are sub-licensed by the JUTC.

Effective April 1, the JUTC's fare structure was increased from $50 to $80 for regular adult fares, and from $15 to $20 for the concessionary groups, comprising the elderly, the disabled, and children under 12 years old or in school uniform. Consequently, the same fare structure now applies to all JUTC subfranchise bus operators within the KMTR.

Of note is the fact that under the pending new arrangements to replace the services of the National Transport Co-operative (NTCS) Society within the KMTR, the former executive class service, which was offered by the NTCS, is to be discontinued. Hence, all buses outside of the JUTC's Premium and Express Services should charge the $80 and $20 adult and concessionary group fares.

Also to be noted, is that the new bus fares are not applicable to taxi services, for which increases were granted in 2008 and 2009, with 25 per cent hikes in both cases.

There should, therefore, be no increase in taxi fares as a result of the recent bus fare increase.