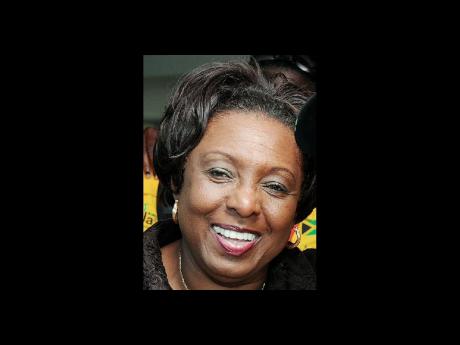 There are plans to set up a baseball diamond at the Trelawny Multi-purpose Stadium in the coming months, after lengthy discussions between the Jamaican Government and officials of the United States-based Major League Baseball (MLB) seem to be heading in the right direction.

Labelled as an under-utilised edifice by several sporting commentators, the facility which is located in Florence Hall has seen a mild rise in activities in recent times, and is set to become the hub for the island's budding baseball fraternity, this according to Sports Minister Olivia 'Babsy' Grange.

The minister advised that discussions with MLB and another organisation based in Florida are at an advanced stage and that the new diamond, when completed, will be the focal point of the ministry's plan to establish, a strong baseball programme in the near future.

Grange was also quick to point out that the development will come at no cost to the Government, as it will be funded largely by MLB's Latin America and Caribbean operations.

"We are in discussion with a group out of Florida and also the baseball leadership responsible for Latin America and the Caribbean. We have been offered the baseball diamond and the discussions are advanced," said Grange.

"It (baseball diamond) will not be of any cost to Jamaica because as the organisation responsible for Latin America and the Caribbean, they will take up about 85 per cent of the cost and the rest will be taken care of by the foundation in Florida," she added.

Once approved, the project will be MLB's first investment in the island, and the organisation's manager for operations in Latin America, Renaldo Peralta, who visited the island recently to meet with local officials, believes that the development will augur well for the sport's growth in the island.

"We want to totally help develop the game and present the youths of Jamaica with new opportunities,'' said Peralta.

Meanwhile, Donovan Duncan, president of Baseball Jamaica, a non-profit organisation, believes that the country should develop a baseball tradition, considering that it is surrounded by baseball-playing countries like the Dominican Republic, Cuba and Puerto Rico.

"We are surrounded by countries that play the game, we're just lagging behind in the endeavour. It's sad," said Duncan.

Additionally, the Government is looking at adding 12 primary schools based in the Kingston and St Andrew region to a pilot project, aimed at familiarising the students and coaches with the sport.

Minister Grange also pointed out that discussions are ongoing with the view of staging an exhibition game in the island in the future, as part of the sensitising process.

"We have three little league baseball teams here and they have been doing very well in the tournaments across the region; and we have some Jamaicans who have been involved in professional baseball and they have decided that they want to give back to the country ... so we are in discussion about doing clinics and two exhibition games here," said Grange.

"It's early days where that is concerned, but we are having some discussions.

"Twelve schools from Kingston and St Andrew have been selected for a pilot project that we are about to launch," Grange added. "We plan to do some training and development, also coaches will be trained in the skills of baseball coaching."