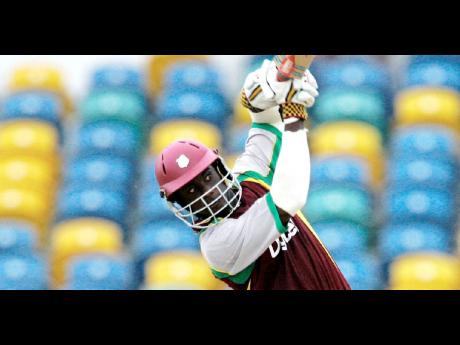 Xavier Marshall's loss of form, technique and focus has been identified as the reason for his exclusion from the Jamaica team. But Jamaica's chairman of selectors, Nehemiah Perry, says the door still remains open for the talented batsman.

Perry told CMC Sport that apart from losing form, Marshall needed to spend time improving his game so he could force his way back into contention.

Perry said he had recommended to Marshall that he link up with national coach Junior Bennett or technical director Jimmy Adams, to do some remedial work.

"It's up to him if he wants it badly enough he can come into Kingston to do some work with Adams and Bennett to see if they can help him tighten up his defence and get him to concentrate a lot to be more effective at the first class level," he said.

"We think you have to get the basics right and for him to succeed he has to concentrate a lot more," added Perry, a former West Indies off-spinner.

Perry said Marshall had told him he was in training and had even scored two centuries in local club practice matches recently.

Marshall played the first two matches of this year's regional first class season, but was dropped after scores of two and 10 against Windward Islands, and 13 and nought against Leeward Islands.

"We weren't getting any start at the top of the order we needed from him, so we left him out of the squad," Perry said.

"It's now up to him to fight his way back. Danza Hyatt came in and along with (Brenton) Parchment they have been doing a fine job."

Perry said it's nothing personal against Marshall, who he described as "a good player with a bright future".

"We would love to see him go back to the Senior Cup and perform and see if he can make his way back into the squad, as the door is still open for him," said Perry.

"If he needs it badly, he will come out and do well to get back in the team."

Marshall played for West Indies as recent as last February in the opening Test against England here, but was dropped after failing to score.

Though he continued to fail for Jamaica in the first class tournament, he was recalled for the Windies campaign in the World Twenty20 Championship in England last June.