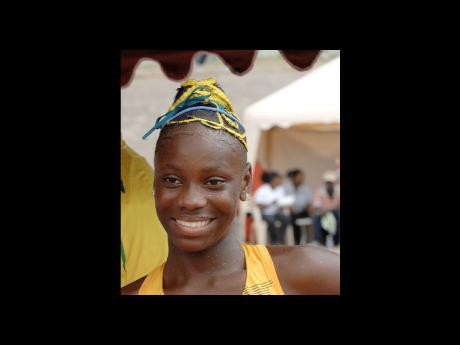 John Mills Primary and Junior High look set to claim their 16th straight title after ending day one of the 31st staging of the Institute of Sports (INSPORTS) All-Age and Junior High Athletics Championship with a huge lead.

John Mills were back in the winners' column in a big way in the Class-Two girls' high jump, with Rene Medley setting a new meet record of 1.61m to eclipse the previous mark of 1.60m, which was set by Nadelya Stephenson back in 2000. Lisa Backwood (1.55m) and Chantelle Downer (1.40m), both of Windward Road Primary, placed second and third, respectively.

Thirteen-year-old Medley was very pleased with her performance.

"I feel proud because I just went out there and did my best," said Medley. "I will now work towards next Champs so I can set a new record, I want to go 1.65m or over."

Tamoy Williams and Tanika Williams earned John Mills 16 points as they took first and second in the Class-Three girls' long jump with distances of 4.51m and 4.47m, respectively. Dana Roberts of Green Park Junior High leapt to third with 4.41m.

John Mills coach, Ransford Spaulding, said: "I am very comfortable because if you compare today's lead with the last three years, we are ahead. I am not going to declare a win yet as we still have some keen competition, but this year is looking much better than all the years. We are looking at a lot of quinelas in the sprints."